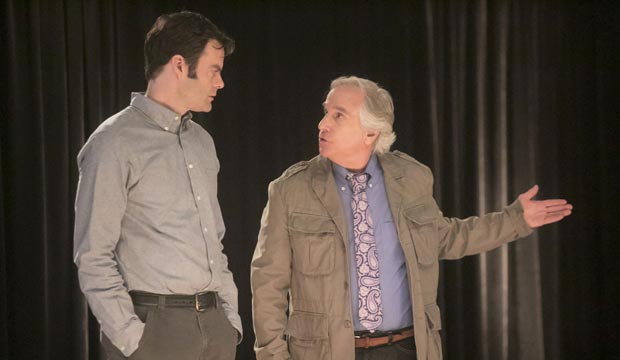 Don’t take your eyes off of “Barry.” HBO’s dramedy about an expert hit man who longs to be an actor could make a killing at the Emmys. It aired this past spring to critical acclaim (scoring 83 on MetaCritic), nestled comfortably between “Silicon Valley” and “Last Week Tonight” on Sunday nights, the same time slot that “Veep” occupied when it won the last three Emmys for Best Comedy Series. But “Veep” is out of the running since its production was delayed as star Julia Louis-Dreyfus underwent treatment for cancer. So how many nominations will “Barry” get in its place? And how many will it win?

But none of them are currently predicting it to win. They’re split down the middle between FX’s “Atlanta” and Amazon’s “The Marvelous Mrs. Maisel.” Could they be underestimating “Barry”? It’s the kind of dark, edgy comedy Emmy voters have shown an affinity for in recent years, like “Transparent” and the aforementioned “Atlanta.” And it’s a show business story that might appeal to many of the same TV insiders who embraced “30 Rock,” Entourage” and “Master of None” over the years.

Its star, Bill Hader, is a nine-time Emmy nominee and a winner for Best Animated Program in 2009 as a producer of “South Park.” And co-creator Alec Berg has 14 total Emmy nominations for “Seinfeld,” “Curb Your Enthusiasm” and “Silicon Valley” as a writer, director and producer.

But Hader ranks third overall in that race. “Atlanta” star and creator Donald Glover is favored by 16 of the Experts to win for the second year in a row. The other two say Eric McCormack will upset for the revival of “Will and Grace.”

Also keep an eye on Henry Winkler, who could be nominated for Best Comedy Supporting Actor for his role as Barry’s acting coach Gene Cousineau. He’s on the bubble for a nomination, but four Experts say he’ll make the cut: Deggans, Roush, Tucker and Whipp. Winkler is a beloved TV vet with five past Emmy bids, but no wins. It has been 18 years since his last nomination: Best Drama Guest Actor for “The Practice” in 2000. And it’s been exactly 40 years since he last contended for a regular series role: Best Comedy Actor for “Happy Days” in 1978.

But in general “Barry” could be a sleeping giant, especially if it picks up support from “Veep” fans in the TV academy looking for another comedy to support this year. “Veep” earned 17 nominations in 2017, so that’s a lot of available support. And we know “Barry” would kill for it.