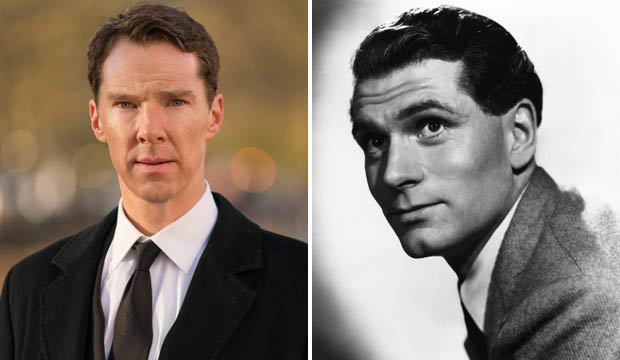 Benedict Cumberbatch has two chances for an Emmy nomination this year: Best Movie/Mini Actor for the PBS Masterpiece film “The Child in Time” and the Showtime limited series “Patrick Melrose.” If he does hear his name called when nominations are announced on June 12, it will be his sixth bid in the category, which would put him in rarefied territory. That would tie him with the legendary Laurence Olivier for the second most ever nominations in the category, and it would put him one bid shy of Hal Holbrook‘s all-time record of seven.

Cumberbatch has gotten all of his prior nominations just since 2012; he has contended in five of the last six years. His first bid was for playing the title role in “Sherlock: A Scandal in Belgravia” (2012). A modern update of Arthur Conan Doyle‘s famous detective stories, “Sherlock” took the next Emmy season off, but Cumberbatch was nominated again in 2013 for the HBO limited series “Parade’s End.”

“Sherlock” was back in 2014, when Cumberbatch pulled off an upset by winning Best Movie/Mini Actor for the episode “His Last Vow.” In that race he seemed like an underdog since he was up against Mark Ruffalo for “The Normal Heart” (the Best TV Movie winner) and Martin Freeman and Billy Bob Thornton for “Fargo” (the Best Miniseries winner) Freeman also co-starred on “Sherlock” as Dr. Watson, so he went home a winner that year too when he claimed Best Movie/Mini Supporting Actor for that role.

Then came two more “Sherlock” nominations for Cumberbatch: for “The Abominable Bride” in 2016 and “The Lying Detective” in 2017. That might be the last we see of Cumberbatch as Sherlock Holmes, but it wasn’t the last we’d see of him on television. Both “The Child in Time” and “Patrick Melrose” earned rave reviews when they aired this spring.

According to our latest racetrack odds, which are based on the predictions of thousands of Gold Derby users, Cumbarbatch is a fairly safe bet to get in for “Melrose” with fourth-place odds of 5/1 (he’s a 100/1 long shot for “Child in Time”). He plays the title character in that Showtime series, a man struggling with addiction after growing up in an abusive household. Several of our Experts think he’ll even win again.

Do you agree with our predictions that Cumberbatch is about to catch up to Olivier? And will he eventually break Holbrook’s record?