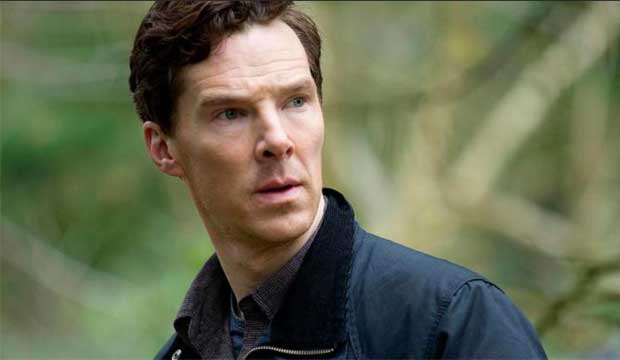 Benedict Cumberbatch returns to PBS Masterpiece on April 1. However, he isn’t playing Sherlock, the role for which he won an Emmy in 2014. Rather he is headlining an acclaimed adaptation of Ian McEwan‘s 1987 bestseller “The Child in Time.” McEwan also wrote “Atonement,” which was adapted into the 2007 Oscar-winning film that launched Cumberbatch’s career. In this new film, for which he earned rave reviews, he plays Stephen Lewis, a children’s author whose marriage is rocked by the loss of his daughter.

This is a passion project for the actor who readily admits, “I read the novel years ago and it stayed with me: profound, beautiful and very moving. Only Ian McEwan could write about loss with such telling honesty.” And he is just as enthusiastic about his partners. “We’re very excited to have Stephen Butchard’s subtle and brilliant adaptation, and in Julian Farino we have an extraordinary director who delivers emotional truth.”

WATCH Benedict Cumberbatch in ‘Patrick Melrose’ on Showtime May 12

Butchard’s credits include BAFTA nominated TV fare “House of Saddam” (2008) “Five Daughters” (2010) and “Stolen” (2011), while Farino is a four-time Emmy nominee for “Entourage” — once for Best Comedy Series and three time for Best Comedy Directing.

Cumberbatch has one Emmy (2014) to show for his three nominations as Best Movie/Mini Actor for his role in “Sherlock. He reaped another Emmy bid in that category in 2013 for another British literary adaptation, “Parade’s End.” Will he be nominated again this year for “The Child in Time”?