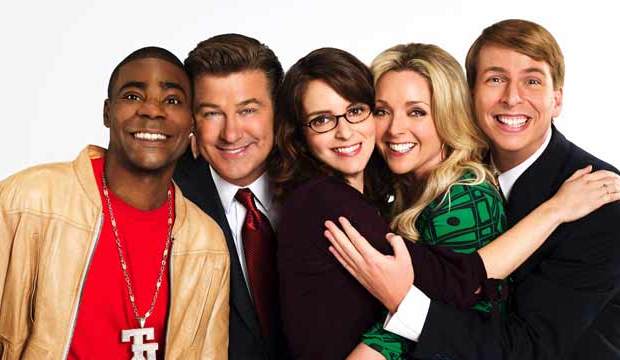 With Emmy season upon us and the Best Comedy Series category in flux, it’s time to look back on past sitcoms that took home television’s highest honor. The 2000s included multiple multi-camera comedies being awarded, but it also ushered in the era of single-camera series. All of the Best Comedy Series winners of the 2000s have long been regarded as some of the best TV comedies of the modern era, but which is your favorite? Look back on each winner and then vote in our poll below.

“Will & Grace” (2000) — After largely ignoring “Will & Grace” for its first season, Emmy voters fell head over heels for Season 2 in 2000. Not only did the show win Comedy Series that year but it also took home both supporting prizes, for Sean Hayes and Megan Mullally. The groundbreaking sitcom about a gay man and his neurotic best friend was nominated for Best Comedy Series every single year after this from 2001 through 2005, and all four stars won Emmys for their roles. The series has now returned to NBC and could very well earn Emmy gold again this year.

“Sex and the City” (2001) — “Sex and the City” made history as the first premium cable series to win this category in 2001, winning for its third season. About a group of four women exploring life and love in New York City, the series was nominated for every single season, from 1999 to 2004. Stars Sarah Jessica Parker and Cynthia Nixon won their Emmys after multiple nominations, for the show’s final season.

“Everybody Loves Raymond” (2003, 2005) — Overlooked for its first two seasons, “Everybody Loves Raymond” became an Emmy magnet after Season 3 in 1999, where it earned nominations in Comedy Series every year until 2005. The CBS sitcom about a sportswriter dealing with his impossible family won for two years in this category, for Season 7 in 2003 and for its final season in 2005, where it famously beat TV’s hottest new show at the time, “Desperate Housewives.”

“Arrested Development” (2004) — In between “Everybody Loves Raymond’s” victories we saw the Emmys become more adventurous by picking Fox’s low-rated but critically acclaimed “Arrested Development.” The dysfunctional family comedy was able to stay on the air for two more seasons thanks to its Emmy success, and it has since been revived by Netflix, which intends to air the first part of an all-new fifth season on May 29.

“The Office” (2006) — “The Office,” the workplace comedy adapted from the British sitcom of the same name, took home Emmy gold for Season 2. It would continue to be nominated every year until 2011, which also happened to be the year Steve Carell left the series. “The Office” only earned two other major Emmy wins over the course of its run, for directing and writing.

“30 Rock” (2007-2009) — “30 Rock” exploded onto the Emmy scene with three consecutive wins for its first three seasons. The winningest comedy of the decade, star and creator Tina Fey‘s madcap workplace sitcom was a major Emmy favorite throughout its seven season run. It was nominated for Best Comedy Series all seven years from 2007-2013, with Fey and Alec Baldwin taking home trophies of their own for acting.