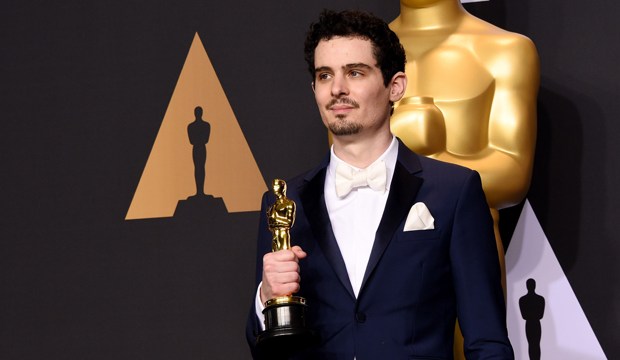 The 2010s has been a decade of Picture/Director splits at the Oscars, occurring in four of the last five years. While Best Picture has gone to more understated films in recent years, the Best Director race has really become the category for rewarding visually stunning technical achievements, such as “La La Land,” “Life of Pi” and “The Revenant.” As such, the winners of Best Director this decade are some of the finest craftsmen in the business. But which is your absolute favorite of the 2010s?

Look back on each Best Director winner this decade and be sure to vote in our poll below. (See 2018 Oscar predictions for Best Director.)

Tom Hooper, “The King’s Speech” (2010) — The decade began with Tom Hooper winning for his Best Picture winner “The King’s Speech,” which, unlike most of the winners this decade, is focused more on performances and rather than marvelous visuals. This remains Hooper’s only nomination and win at the Academy Awards, though he has directed actors to Oscar-winning performances in “Les Miserables” (Anne Hathaway in 2012) and “The Danish Girl” (Alicia Vikander in 2015).

Michel Hazanavicius, “The Artist” (2011) — For the (mostly) silent film “The Artist,” Michel Hazanavicius became the first French director to prevail in this category, with the film also winning Best Picture. He was also nominated for Best Original Screenplay and was nominated alongside Anne-Sophie Bion in Best Film Editing.

Ang Lee, “Life of Pi” (2012) — Ang Lee’s win for “Life of Pi” was a unique one in that Ben Affleck, who had won just about every directing prize for “Argo” that year, was not nominated at the Oscars. The integration of the CGI yet incredibly lifelike tiger is what likely helped put Lee over the top. The director previously won for “Brokeback Mountain” (2005) and was nominated for “Crouching Tiger, Hidden Dragon” (2000).

Alfonso Cuaron, “Gravity” (2013) — While 2012 was a split year by circumstance of Affleck’s lack of a nomination, it was Alfonso Cuaron’s “Gravity” that was part of the first intentional split, with “12 Years a Slave” winning Best Picture. “Gravity,” a huge box office smash set in the quiet void of space, was one of the most acclaimed technical achievements of the decade, with Cuaron also winning Best Film Editing alongside co-editor Mark Sanger. He was previously nominated for writing “Children of Men” (2006) and “Y Tu Mama Tambien” (2001).

Alejandro G. Inarritu, “Birdman” (2014) — This was the last year of Picture and Director matching up, with Alejandro G. Inarritu winning for Best Picture winner “Birdman.” The film was made to look like one shot, creating a unique visual experience not unlike watching a stage show, which matches the film’s themes. As one of the producers, Inarritu also won a trophy for Best Picture, plus another for him and his co-writers for Original Screenplay. He was previously nominated for “Babel.”

Alejandro G. Inarritu, “The Revenant” (2015) — Inarritu returned to the Oscar stage the very next year for “The Revenant,” making him the first back-to-back Best Director winner since Joseph L. Mankiewicz in 1949 and 1950. This time there was a split, though, with “Spotlight” winning Best Picture. “The Revenant” is even more of a technical achievement than “Birdman,” having been filmed in brutal winter conditions. Inarritu received another Oscar in 2018, a Special Achievement Award for his virtual reality installation “Carne y Arena.”

Damien Chazelle, “La La Land” (2016) — Damien Chazelle became the youngest Best Director winner in history at the age of 32, thanks to his breathtaking work in “La La Land.” While it seemed like a year where Best Picture and Director would match up, a series of mishaps at the live ceremony led to the film being erroneously named Best Picture when it was actually “Moonlight” that had won.