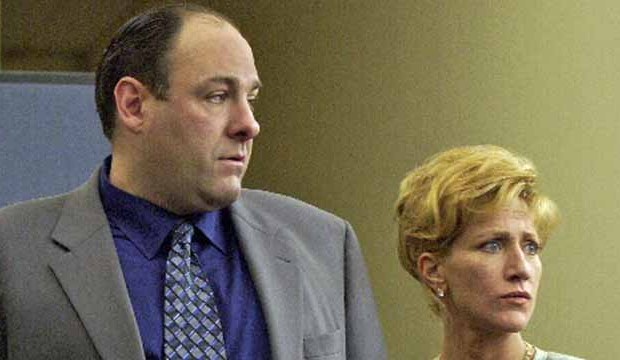 Through the 10 years of the Emmys from 2000 to 2009, the Television Academy only chose five men to win the award for Best Drama Actor. The decade included not one, not two, but three actors who won the Drama Actor trophy multiple times. So which Emmy-winning performance is your favorite all these years later? Take a look back on each Drama Actor Emmy winner of the 2000s and vote in our poll below.

James Gandolfini, “The Sopranos” (2000-2001, 2003) — The new decade also served as a sign that the Emmys were looking to embrace the antihero as cable came to the forefront. Gandolfini’s performance as New Jersey mobster Tony Soprano was the true godfather of this new wave, winning Emmys for the second, third and fourth seasons of “The Sopranos.” His Emmy-winning episode submissions included “The Happy Wanderer,” in which Tony starts to reject therapy, “Amour Fou,” where he grapples with his erratic mistress, and “Whitecaps,” featuring the big blowup between him and wife Carmela (Edie Falco).

Michael Chiklis, “The Shield” (2002) — Chiklis’ Emmy win for the first season of “The Shield” helped put the actor, the series, and FX on the map. Chiklis won with the pilot episode of “The Shield,” which features our introduction to his character, Vic Mackey, a very different kind of cop who shockingly murders one of his fellow cops he believes is gathering intel on his violent tendencies. Chiklis was nominated again in 2003.

James Spader, “The Practice” / “Boston Legal” (2004-2005, 2007) — Spader’s splashy introduction as lawyer Alan Shore on the final season of “The Practice” resulted in an Emmy win and a spinoff, “Boston Legal.” For “The Practice” he won for the episode “Mr. Shore Goes to Town,” in which Alan defends a childhood friend, and his “Boston Legal” wins were for “Death Be Not Proud,” where he has a monologue about the death penalty, and “Angel of Death,” in which Alan defends a woman on trial for euthanizing patients during Hurricane Katrina. Spader was also nominated in 2008.

Kiefer Sutherland, “24” (2006) — Sutherland finally took home his Emmy for playing terrorist-hunting federal agent Jack Bauer in the fifth season of “24.” His winning episode was the first of Season 5, where Jack Bauer comes out of hiding after faking his own death and confronts the man who assassinated the president. Sutherland was nominated for the first four seasons as well, from 2002-2005, in addition to Season 6 in 2007. He would also earn a nomination in Best Miniseries/Movie Actor for playing Jack in the “24: Redemption” TV movie in 2009.

Bryan Cranston, “Breaking Bad” (2008-2009) — Cranston already won our poll of 2010 Best Drama Actor Emmy winners, but his first two wins in the 2000s are what set him on the path to Emmy glory. Academy voters were already onboard with his performance as chemistry teacher turned meth kingpin Walter White from the first seasons. Cranston won for the pilot episode in 2008 and the episode “Phoenix” in 2009, in which Walt intentionally allows someone close to Jesse (Aaron Paul) die. Cranston won again in 2010 and 2014, with additional nominations in 2012 and 2013.