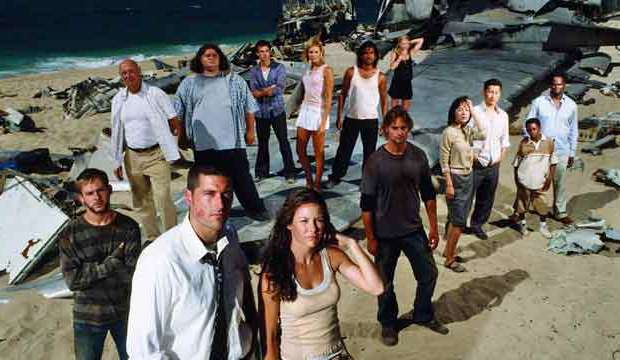 While the Emmy winners for Best Drama Series in the 2000s could not be more different in subject matter, they each offer compelling heroes and antiheroes at their center. The Television Academy chose drama series on a variety of platforms, including broadcast shows, basic cable, and premium cable, but all five are some of the most beloved, compelling shows of the modern TV era. So which Drama Series winner do you consider the best of the 2000s? Look back on each winner and be sure to vote in our poll below.

“The West Wing” (2000-2003) — Emmy voters fell head over heels for “The West Wing” from the start, giving it the award for Best Drama Series for its first four seasons. The whip-smart political drama set in the White House also earned acting wins for stars Allison Janney, Bradley Whitford, John Spencer, Richard Schiff, Stockard Channing and Alan Alda, though shockingly never for its Commander in Chief, Martin Sheen. “The West Wing” also earned Drama Series nominations from 2004-2006 for its other three seasons.

“The Sopranos” (2004, 2007) — “The Sopranos” was finally awarded Best Drama Series for its fifth season in 2004. The groundbreaking HBO series about a New Jersey mobster anxiously balancing his life of crime and his suburban life was also a big Emmy magnet for its stars. James Gandolfini and Edie Falco won three Emmys apiece, on top of awards for Michael Imperioli, Joe Pantoliano and Drea De Matteo. It won again for its final season in 2007, and received nominations for its other seasons from 1999 onward.

“Lost” (2005) — “Lost,” about a group of survivors of an airplane crash stuck on a mysterious island, delighted and frustrated viewers, but few could argue with its Emmy win for the show’s innovative first season. It was snubbed for its next two seasons only to return with nominations for Seasons 4, 5 and 6. Despite a sprawling ensemble cast, “Lost” earned just two acting wins over its run, for Michael Emerson and Terry O’Quinn.

“24” (2006) — “24” is another show that had to wait until Season 5 to earn Emmy glory. The action thriller starring Kiefer Sutherland as counter-terrorist agent Jack Bauer earned more critical acclaim than ever before for its fifth season and was rightfully rewarded at the 2006 Emmys, with wins for Sutherland and directing as well. “24” had been nominated for its first four seasons in Best Drama Series. Cherry Jones would go on to be the only other acting winner for the show.

“Mad Men” (2008-2009) — The decade closed out with an embrace of basic cable. “Mad Men” was AMC’s ticket to Emmy success, a stylish character-driven drama set in the ’60s about an advertising agency comprised of complicated employees. “Mad Men” would win four consecutive Best Drama Series Emmys from 2008 through 2011, with additional nominations through 2015. The show notoriously never won an Emmy for acting until its final season, where star Jon Hamm took home the gold after seven consecutive losses.