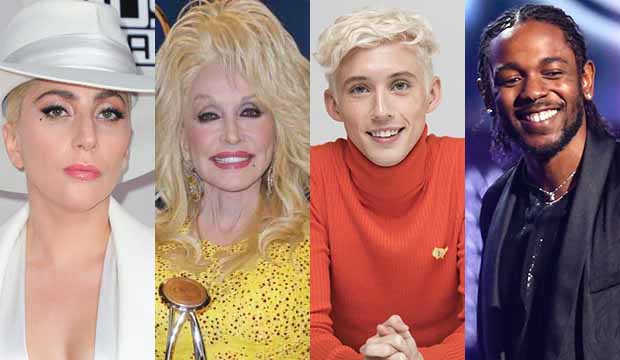 Academy Awards officials released a short list of contenders for Best Original Song on Monday. It was the first time ever that the composers branch has whittled a massive number of entries down to just 15 tunes and announced those names to the public. Top stars are among the songwriters eligible to win an Oscar, including Lady Gaga, Dolly Parton, Troye Sivan, Kendrick Lamar and more.

We’ve got the complete list of the songwriters and performers for each of the 15 candidates below. Keep in mind that only the writers would actually be nominated on January 22 for Academy Awards, but you might see some of the performers on stage for the ceremony. Also keep in mind that these are the songwriters listed by the studios on the campaign websites and FYC materials. There have been times in the past where members of the music branch have ruled some writers ineligible if they felt those people didn’t do enough work to officially be nominated.

A special thanks to our forums member RBBrittain for pointing out several of these names in our forums post about the song category.