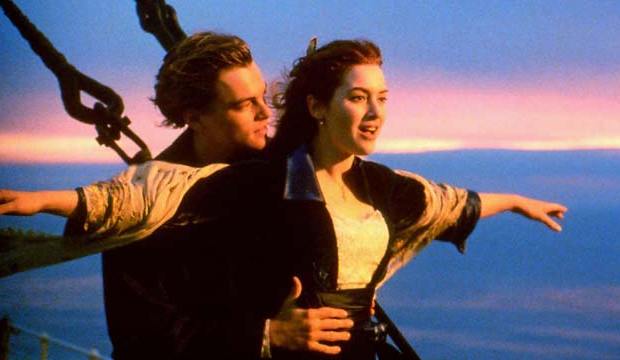 The 1990s were full of huge pop culture sensations being awarded Best Picture at the Oscars. From crowd-pleasing films like “Forrest Gump” and “Titanic” to weighty but popular dramas like “Schindler’s List” and “Braveheart,” this was a decade where the movie-going audience and the industry shared the same general opinion on movies. Now, 20 years later, which film do you consider your favorite Best Picture winner of the ’90s?

Let’s take a trip down memory lane and be sure to vote in our poll below. (See 2018 Oscar predictions for Best Picture.)

“The Silence of the Lambs” (1991) — “The Silence of the Lambs” stands on its own as the only horror movie to win Best Picture. Jodie Foster plays Clarice Starling, an FBI cadet looking to prove herself who enlists the help of notorious serial killer Hannibal Lecter (Anthony Hopkins) to catch another killer, Buffalo Bill (Ted Levine). It is one of only three films to win the “Big Five” Oscar categories — Best Picture, Director for Jonathan Demme, Actor for Hopkins, Actress for Foster and Adapted Screenplay.

“Unforgiven” (1992) — Two years after “Dances with Wolves,” “Unforgiven” became the next western to win Best Picture. The film follows Will Munny (Clint Eastwood, who also directs the film), a retired outlaw who returns for one final undertaking. Other Oscar wins included Best Director for Eastwood, Supporting Actor for Gene Hackman, who plays Little Bill Daggett, and Film Editing.

“Schindler’s List” (1993) — “Schindler’s List,” about Oskar Schindler (Liam Neeson) and his inspiring story of saving over 1,000 Jewish refugees during Nazi Germany, is one of the most awarded films in history. Not only did the movie win six other Oscars (for Best Director Steven Spielberg, Adapted Screenplay, Art Direction, Cinematography, Film Editing and Original Score), but it swept all the major critics awards plus the Golden Globes and BAFTA.

SEEBlockbuster ‘Titanic’ was ‘king of the world’ for James Cameron, Kate Winslet, Leonardo DiCaprio 20 years ago at box office and then Oscars

“Forrest Gump” (1994) — “Forrest Gump” is perhaps one of the most well-known films in recent years, telling the story of a simple man named Forrest (Tom Hanks) and his journey through some of the most integral parts of American history. Its other Oscar wins include Best Director for Robert Zemeckis, Actor for Hanks, Adapted Screenplay, Film Editing and Visual Effects.

“Braveheart” (1995) — Another example of a director-actor showcase, Mel Gibson‘s “Braveheart” takes place in 13th century Scotland where William Wallace (Gibson) leads Scottish warriors in a battle for independence. The film also won the Oscar for Best Director for Gibson, Cinematography, Makeup and Sound Editing. The film pulled off an upset over “Apollo 13,” which had won the trifecta of DGA, PGA and SAG.

“The English Patient” (1996) — “The English Patient” centers on cartographer Lazlo Almasy (Ralph Fiennes), who is treated by a nurse (Juliette Binoche) and reveals his epic story through flashbacks. This was the first film this decade to pull off a huge sweep, winning eight other Oscars including Best Director for Anthony Minghella, Supporting Actress for Binoche, Art Direction, Cinematography, Costume Design, Film Editing, Sound and Original Dramatic Score.

“Titanic” (1997) — The mother of all epics to win Best Picture is “Titanic,” about the famous ship that sunk in the North Atlantic Ocean in 1912, killing over 1,000 passengers. The film won 10 other Oscars, including Best Director for James Cameron, Art Direction, Cinematography, Costume Design, Film Editing, Sound, Sound Effects Editing, Visual Effects, Original Score and Original Song. It earned a record 14 nominations, tying with “All About Eve” (1950) and later “La La Land” (2016).