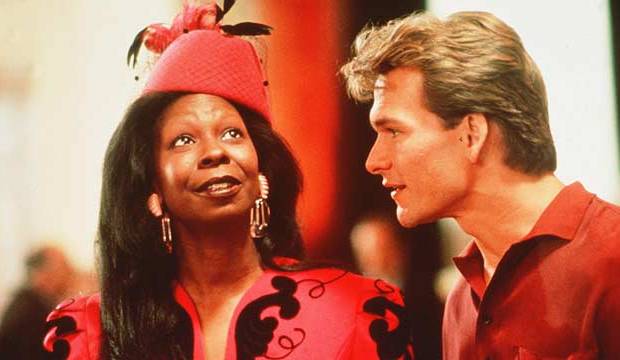 The Oscar for Best Supporting Actress went to a wide swath of talented actresses in the 1990s, including Whoopi Goldberg, Marisa Tomei, Anna Paquin, Judi Dench and Angelina Jolie. A surprising amount of comedic performances won this category in the ’90s, especially for an academy that typically prefers drama. Which Best Supporting Actress winner is your favorite?

Check back on all the former champs and be sure to vote in our poll below. (See 2018 Oscar predictions for Best Supporting Actress.)

Whoopi Goldberg, “Ghost” (1990) — Whoopi Goldberg became the second black actress to win an Oscar thanks to her scene-stealing role as scheming psychic Oda Mae Brown in “Ghost.” She was previously nominated in Best Actress for “The Color Purple” (1985). Goldberg is one of only 12 individuals to have won the EGOT, a.k.a. the Emmy, Grammy, Oscar and Tony.

Marisa Tomei, “My Cousin Vinny” (1992) — Marisa Tomei in “My Cousin Vinny” is one of the most notable pure comedic performances to win an Oscar. Playing New Yorker Mona Lisa Vito, fiancée to a lawyer defending his cousins in Alabama, Tomei is a fish out of water who nonetheless proves herself as a witness in court. Tomei was later nominated for “In the Bedroom” (2001) and “The Wrestler” (2008).

Anna Paquin, “The Piano” (1993) — Anna Paquin is the second youngest actress to win an Oscar, taking home the trophy at just 11 years old for “The Piano.” She plays young Flora, who acts as the interpreter for her mute mother. This is her only appearance at the Oscars, though she has done better at the Golden Globes, for her television work like “Bury My Heart at Wounded Knee,” “True Blood” and “The Courageous Heart of Irena Sendler.”

Mira Sorvino, “Mighty Aphrodite” (1995) — Another Allen film won in this category after Wiest, this time for Mira Sorvino in “Mighty Aphrodite.” Sorvino plays a prostitute named Linda Ash, the birth mother of a gifted young boy adopted by a family who seeks her out. She did not earn another Oscar nomination, though she earned an Emmy and Golden Globe nomination for “Norma Jean & Marilyn” the very next year.

Kim Basinger, “L.A. Confidential” (1997) — Kim Basinger emerged from the dregs of poorly received films to deliver an Oscar-winning performance in “L.A. Confidential.” In the film she plays Lynn Bracken, a call girl and Veronica Lake look-alike who gets involved in a love triangle with a pair of police officers. This is Basinger’s only win and nomination at the Oscars.

Angelina Jolie, “Girl, Interrupted” (1999) — Before becoming an internationally recognized superstar, Angelina Jolie won Best Supporting Actress for “Girl, Interrupted.” She plays Lisa Rowe in the film, a manipulative sociopath living in a mental institution. Jolie earned just one other nomination, for Changeling” (2008), and in 2013 she won the academy’s Jean Hersholt Humanitarian Award.