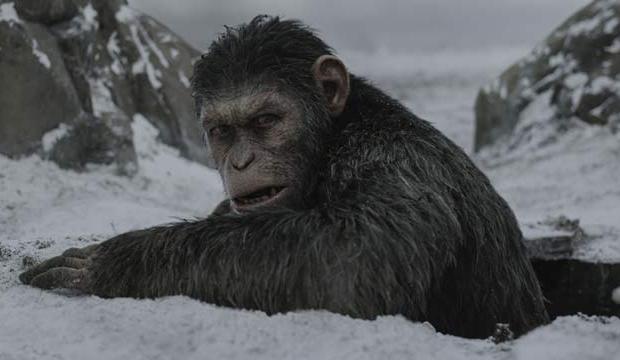 On Tuesday (Jan. 16), the Visual Effects Society confirmed the status of “War for the Planets of the Apes” as the Oscar frontrunner for Best Visual Effects. This final chapter in the franchise reaped a leading seven bids for the 16th annual edition of these awards bestowed by the visual effects wizards. Its closest Oscar rival, “Blade Runner 2049,” also earned seven nominations.

Both films contend for the top prize at the VES Awards — Best Visual Effects in a Feature Motion Picture — as does another of our predicted Oscar nominees, “Star Wars: The Last Jedi” while a fourth, “Dunkirk,” is nominated down in supporting. Our predicted fifth Oscar nominee, “The Shape of Water,” was shut out of these precursor prizes.

Five of our pro pundits are predicting an upset by “Blade Runner 2049” as are three of our editors, and one-third of both the two dozen users who did the best last year and those who were tops for two years running. The original “Blade Runner” lost its bid in this Oscar race to “E.T.” back in 1983.