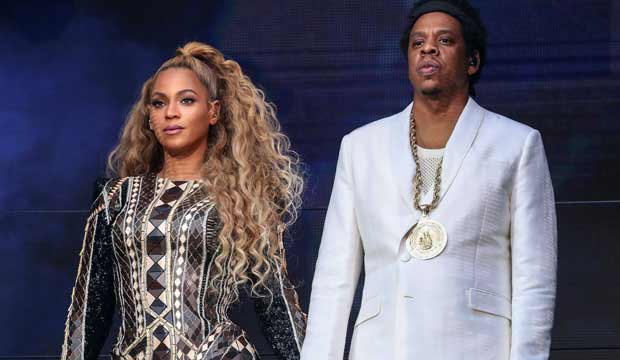 Has the Grammy front-runner for Album of the Year emerged out of nowhere? Beyonce and Jay-Z released their collaborative album “Everything is Love” on June 16 through the streaming service Tidal without any prior warning. But that’s par for the course at this point. Beyonce’s last two albums, “Beyonce” (2013) and “Lemonade” (2016), also debuted without advance promotion. But how will this one do at the Grammys? The husband-and-wife artists are both overdue for Album of the Year, so they could cash in two IOUs for the price of one.

The Grammys have long been controversial, often picking musically conservative winners over edgier contenders, but that has been exacerbated in recent years by a string of upsets. In 2015 Beyonce’s aforementioned self-titled album was tipped to win Album of the Year, but Grammy voters picked Beck‘s “Morning Phase” instead. Then in 2017 Beyonce was an even bigger front-runner for “Lemonade,” but voters passed her over in favor of Adele‘s “25,” which was Adele’s second Album of the Year win in just five years.

Jay-Z’s “4:44” was up for Album of the Year in 2018. He wasn’t the front-runner to win that prize, Kendrick Lamar was for “Damn.” But voters shunned both rap albums in favor of Bruno Mars‘s pop/R&B collection “24K Magic.” What’s more, Jay-Z won none of his eight nominations, marking one of the worst shutouts in Grammy history.

That said, Beyonce and Jay-Z are nevertheless two of the most awarded artists in Grammy history with a combined 43 trophies — 22 for her, 21 for him. So we know the recording academy loves them … to an extent. Almost all of those wins have come in genre categories, and only one of them came in a top general-field race: Beyonce’s Song of the Year victory for “Single Ladies (Put a Ring on It)” in 2010.

So will the Grammys make it up to both of them by awarding “Everything is Love” as the Album of the Year? Our forum posters aren’t so sure. Read some of their comments below, and join the discussion here in our message boards.

PoweR: “This album is really not that compelling, TBH, especially when you compare it to ‘Beyoncé,’ ‘Lemonade’ and ‘4:44.’ Nothing about the lyrics stand out, the production is top-notch but predictable, and there’s no story there.”

HengeBoy: “Yeah, ‘Everything is Love’ is a good album but there’s something lacking that I can’t put my finger on. AOTY nod is definitely on lock but no win.”

BreakerofChains: “I don’t think this is a ‘lock’ for AOTY at all. Let’s assume the [nomination review committee] will want some diversity and have at least 1-2 albums from pop/country/rock. That leaves 3-4 spots open for Childish Gambino, Cardi B, Janelle Monae, Drake, ‘Black Panther,’ and now this. Drake will easily be the biggest, Cardi has so much buzz, ‘Black Panther’ has the cultural impact, and Janelle’s album is far away the strongest. The album is decent but to beat those other albums for a spot they needed to come harder.”