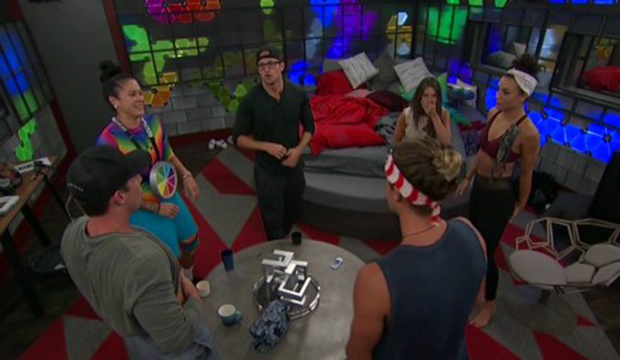 “Big Brother 20” has been a tale of two alliances. The Hive, formerly known as FOUTTE, has been comically bad every step of the way, while Level 6 has been crushing it, concocting five blindsides (a sixth is currently in the works). Is Level 6 the best alliance of all time? Depends on what you value, but it’s definitely up there. Level 6 isn’t perfect and hasn’t been your traditional dominant alliance — its members, Tyler, Angela, Kaycee, Brett, Winston and Rachel, have only won two of the seven HOHs so far — but what makes it so successful is its cohesiveness as a team. A good, effective alliance isn’t just about winning comps and getting your target out; there are a bunch of intangibles that Level 6 has mastered better than anyone else.

1. They trust each other.
How many alliances have we seen collapse because its members don’t trust each other? “Big Brother” is built on manipulation and strategizing, so lies are part of the game, but if you’re in an alliance, you need to believe that your allies have your back just like you have theirs. Everyone in Level 6 trusts each other implicitly. Whenever they hear something about one of them from a non-member, they take it with a grain of salt. There’s no second-guessing or murmuring behind each other’s backs. The one blip was when Bayleigh told Rachel that Tyler wanted Angela as the replacement nominee, and Rachel, launching into a weeklong paranoid spiral, believed her. But Angela refused to fall for it and got the true story from Tyler. Any other alliance might have believed what Bayleigh said. It’s much easier to suspect someone of shady deeds on “Big Brother” than it is to believe them when they tell the truth, but Level 6 is showing what that looks like and how it can be done.

2. They deal with adversity well.
Level 6 is technically Level 4 now after losing Winston and Rachel. Losing members was inevitable; it’d be near impossible to make the final six completely intact, though with The Hive’s lack of brain cells, maybe it could’ve happened. Level 6 doesn’t bitch or moan when things are against them beyond the usual “this sucks” complaints everyone would have. Brett and Winston are on the block together? Rachel and Brett are on the block together? “This sucks, but let’s just figure out what’s the best move to make, and if we have to lose someone, so be it.” That was evicting Winston and Rachel because they were more of a liability to the group and also because FOUTTE/The Hive wanted Brett out both times. Were Winston and Rachel blindsided as well? Yes (also Angela’s mean girl ‘tude to Rachel that week was not a good look). But Level 6 did what it had to do. And contrary to what Winston and Rachel believe, their alliance members did not betray them. Blindside, yes, but they had to choose between two people in their alliance; it’s not like they chose someone on the other side over a Level 6 person.

3. They don’t dwell on things.
We’ve all harped on things when things don’t go our way. The Hive folks do it all the time — they are still stuck on the mysterious flip votes from the last few weeks. Level 6 doesn’t look back on bad or good things. Holding onto old victories like a 40-year-old obsessed with his football glory days in college is just as destructive as getting hung up on, say, that Veto Brett almost won (they didn’t get hung up on it). Level 6 briefly celebrates its victories, but also knows it’s important to let it go to move forward.

4. They don’t make it obvious they’re an alliance.
Fun fact: If you don’t want people to know you’re in an alliance, don’t act like you are in one. The Level 6 crew does not spend a ton of time together and only meet — secretly and quickly — when they have to (obviously they will spend more time together as the cast dwindles, but so will everyone else). It’s such good time management that no one has suspected they’re all working together. In fact, Rockstar and Haleigh are convinced that Angela and Tyler have only gotten close in the last two weeks after Angela used the Veto on him. And because Level 6 isn’t spending a ton of time together, that allows each of them to work their social game with everyone else. Brett, post-Brinston bromance, has played the “lone wolf” card and infiltrated The Hive (see: him flirting it up with Haleigh), but his loyalty is with Level 6. Level 6 knows it and no one is concerned about him hanging out with the enemy because they trust him and he’s doing recon for the alliance.

SEE ‘We can’t be stopped!’ Tyler brags on ‘Big Brother 20’ after Haleigh’s HOH reign is hacked by Kaycee

5. They know it’s a game.
Everyone in Level 6, or at least everyone who’s left in Level 6, is a gamer. They know “Big Brother” is a game, they treat it as a game, and everything they do is game-motivated. It’s very easy on “Big Brother” to get emotionally caught up and make things personal. It happens. We’ve seen it over and over again, and The Hive is guilty of it. Watch the live feeds and you’ll hear The Hive bash the non-Hivers about how “entitled” they are, and even go after their looks. Rockstar has repeatedly complained about how Brett, a privileged white man, doesn’t “deserve” to be there like she does, a stay-at-home mom of three. It’s a game; everyone who’s there “deserves” to be there and to have a chance to win. Level 6 has avoided resorting to these kinds of attacks on the other side because they’re just focused on the game.

6. The Hive is as dumb as a box of rocks.
Look, we all need a little help from our friends. And The Hive has given Level 6 a bit of help. Everything Level 6 does well, The Hive does not. At all. They don’t trust each other, they question each other — Haleigh literally told Faysal on Saturday that she doesn’t trust him — they can’t strategize, they get stuck on things, they take things personally, and they make terrible, horrible, no good, very bad moves (Bayleigh telling Rachel about her power, Bayleigh not using her power when Angela was HOH, Haleigh revealing she’s the hacker, etc.). But most of all, unlike Level 6 and Tyler in particular, The Hive has an abysmal read of the house. Haleigh and Rockstar think Tyler is a dimwitted free agent who’s easily influenced by feminine wiles. They are so dense that they still haven’t figured out there’s another alliance after five blindsides in six weeks.

But the best part of The Hive’s inanity is that Level 6 can’t even fathom the possibility of them being this dumb. They seem to respect The Hive and think The Hive is gaming just like they are. After the house meeting, they still thought Bayleigh was the hacker and had convinced Haleigh to hold the house meeting because they couldn’t wrap their heads around why Haleigh would voluntarily expose herself as the hacker. Hey Level 6, we don’t understand 87 percent of what The Hive does either.