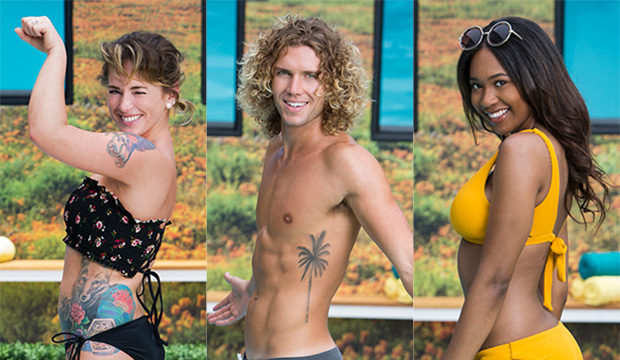 The third and final Power App was given out on Sunday’s episode of “Big Brother,” going to Bayleigh. With three options left, she chose Identity Theft, which gives her the power to replace the HOH’s nominations in secret. That’s pretty awesome, but whose Power App — none of which has been used yet — is the best one? Let’s break it down.

SEE ‘Big Brother 20’: Week 3 Power of Veto ceremony results on #BB20 and what they mean for July 19 eviction

Sam: Bonus Life
Sam’s app gives any evicted houseguest — herself or someone else — the chance to return to the game after being evicted by completing a comp. In the early days of Week 1, it seemed like RoboSam might need to use it when she was up on the block, but Steve got evicted. She did not use it during Swaggy C‘s backdoor last week. The power, however, must be used by Week 3, which is this week, or it will automatically be used in Week 4. The power sounds great in theory — especially if you’re the one on the block — but there are so many variables in play. If she doesn’t use it this week to on Winston or Brett, she has zero control over who it’s used on next week. Then again, if she saves it for next week, she won’t have to expose herself as the recipient of the power. Bonus Life also doesn’t guarantee a return to the game, so if you fail the comp, you’re still out.

Tyler: The Cloud
The Cloud ensures immunity for Tyler at a nomination or Veto ceremony during the first eight weeks and he must use it before the HOH reveals his or her picks. It’s a great “get out of jail before you’re in jail” card, but Tyler must also be absolutely sure he’s about to go up on the block. He’s been the puppet master of the house so far, engineering the first two evictions and aligning himself with practically everyone in the house. But that can only last so long, and he knows it. He was the human version of the Homer Simpson gif during a house meeting Sunday night.

Bayleigh: Identity Theft
This is basically the Coup d’Etat (or as Jeff would say, “coop det tat”) without having to expose yourself. Bayleigh can overthrow an HOH’s nominations with her own secret nominations any week until eight players are left. She cannot control the replacement nominee, however. Bayleigh has also said on the live feeds that if she uses it, the HOH cannot explain that the nominations were not theirs, which, if true, would make this app too powerful. Though with a divided house, this app is a big coup (no pun intended) if someone in Level 6 is HOH and targeting Bayleigh’s side, and she utilizes it to make it seem like Level 6 turned on itself.