“Big Brother 20” doesn’t premiere for another week, but first we got a glimpse at the 16 new houseguests during their sit-downs with “Celebrity Big Brother” runner-up Ross Mathews on CBS All Access. Who has the most potential? Who’s not long for the “BB” house? Who’s going to read people’s auras? Here are our snap judgments below and a photo gallery detailing each of the cast above. 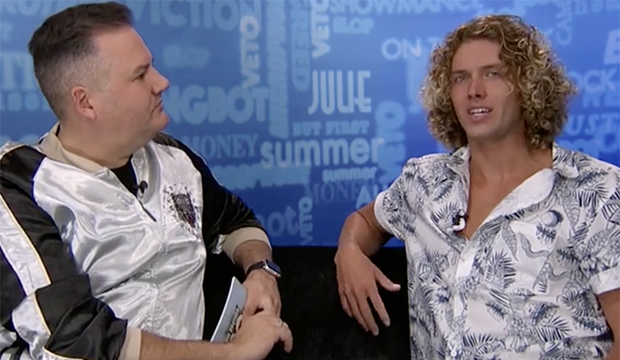 Tyler Crispen
This guy is a Frank clone — in looks mostly. In personality, he’s your stereotypical surfer dude (he’s a lifeguard) and speaks with the slowest cadence like he just learned words. He seems nice and is self-aware enough to know he fits the profile of your classic clueless first evictee. So sorta like Jace.
Quote: “It takes me a while to catch onto certain things.” 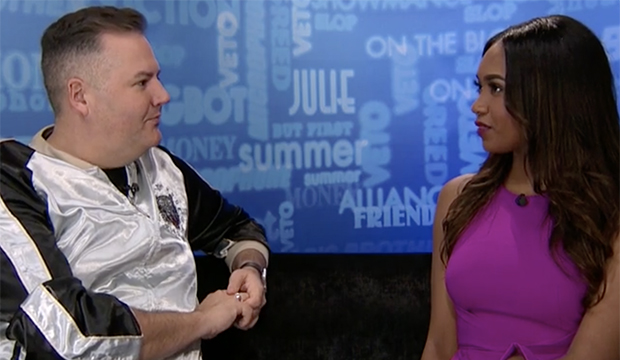 Bayleigh Dayton
Bayleigh is a flight attendant/yoga instructor whose weakness is boys because she went to an all-girls school. Her goal is to be good, but “not good enough to have a target on my back.” When asked if she thinks boys will be her downfall, she said, “I don’t think I’ll be distracted by them, but I think I’ll more misread them.” She might give Zakiyah a running for one of the worst female houseguests.
Quote: [upon learning she’s in the Diary Room] “Somewhere special? Shut up? Really? No way!” (Ed. Note: Never trust anyone who doesn’t automatically know they’re in the DR.) 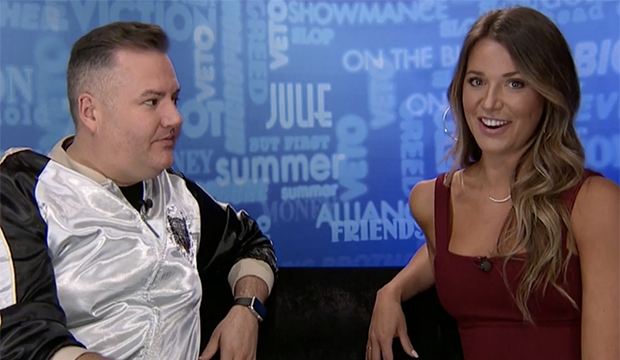 Angela Rummans
A former professional pole vaulter, Angela wants to keep her athletic prowess hidden. She’s also the token girl who will side with the guys because she doesn’t get along with girls. Sigh. But she’s not willing to have a showmance, citing Cody and Jessica’s implosion last year. She has what it takes to be a great player, but will definitely rub some people (ahem, the girls) the wrong way with that attitude.
Quote: “I think naturally girls are threatened by me. I have a really big presence.” 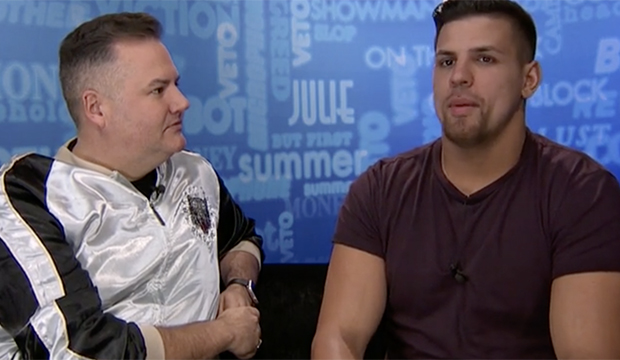 Faysal Shafaat
Faysal is giving off Mr. Pec-Tacular vibes. He seems sweet enough, but is a snoozefest. He’s a substitute teacher, which he thinks is one of his strengths because he has to deal with kids every day. He’s likely your typical alpha male who overplays it early and gets evicted. Another one of his strengths is that “I developed my own app.” Gonna leave that there.
Quote: “The only one I’m leaving behind is my dog Cooper.” (Is he Corey and only has dogs as friends?) 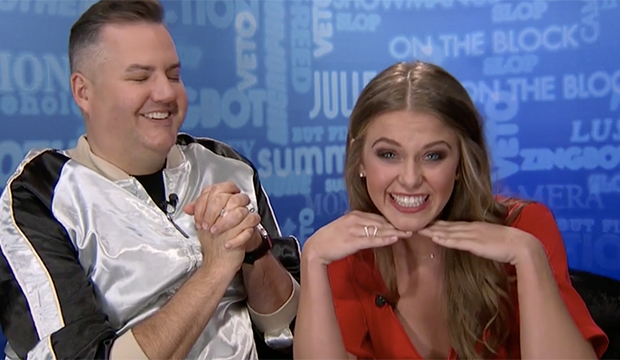 Haleigh Broucher
Oh, look, another HG who didn’t know they were in the DR. Haleigh’s been watching since Season 16 and wants to model her game after Derrick. She is bubbly and fun enough, but she is not built for “Big Brother”: She’d rather lose and be liked than win and be hated. Ross’ silence and eyebrow raise after she said that was the best part of the interview.
Quote: “I’m just an embarrassing person.” 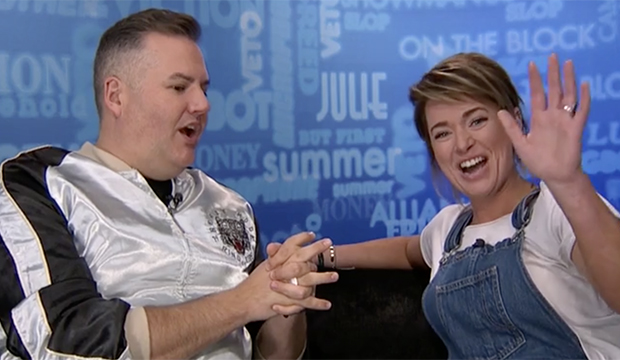 Sam Bledsoe
Sam is 27, but she’s like a total Mom. She hates bullies and roots the underdog and isn’t afraid to call people out on their sh–. Her accent is adorable — very Jordan-esque. She’s gonna be an insta-fan favorite, but will probably either be beloved by the house or a pre-jury boot.
Quote: “I’ll very quietly and intelligently tear that mother-humper apart.” 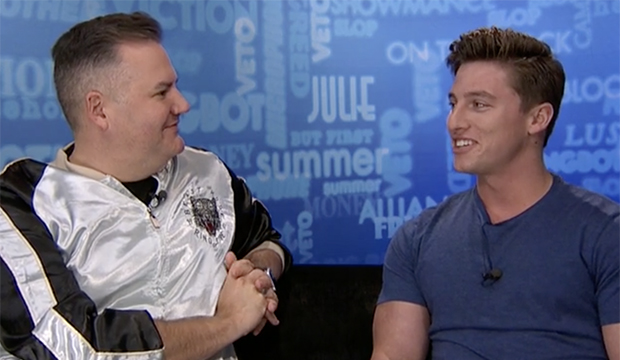 Brett Robinson
Brett is a cyber security engineer, but he also isn’t smart enough to know he’s in the DR. He’s going to keep his job on the down low, planning to tell everyone he’s a surfer/model. Because it’s worked out so well for surfers and models in the past? He’d rather come in second and be loved by American and then come back and win. Good luck with that, bro.
Quote: “I’m an American patriot fighting in the cyber landscape every single day, keeping you safe.” 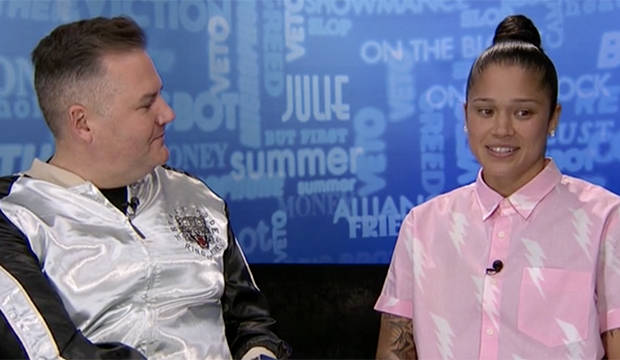 Kaycee Clark
Kaycee is a pro football player and probably someone you wanna grab a beer with IRL. She doesn’t fit any of the “Big Brother” archetypes, which is refreshing. She also called out Paul, so she’s gonna get a lot of points with fans.
Quote: “I’m into anything except being with a guy.” 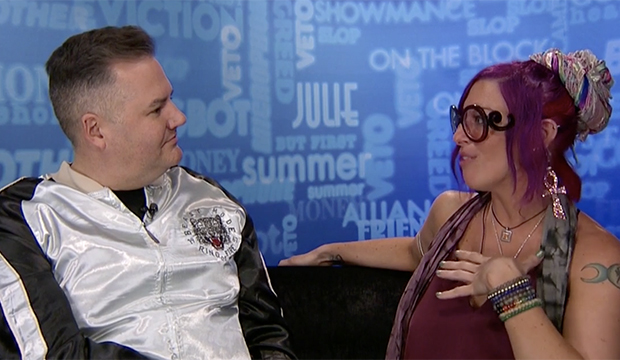 Angie “Rockstar” Lantry
Angela is a stay-at-home mom who started watching “Big Brother” after the birth of her third child in December. She has the rocker vibe of Kryssie from “Big Brother: Over the Top,” but she’s all over the place. If she’s as messy inside the house, this will make her an easy target. She is also 34 and “always said that 34 was my favorite number so I was either going to have the best year of my life or I was going to die, and I haven’t died.” Sure.
Quote: [regarding her nickname, she’s the anti-Lady Bird] “I did not give myself that name. I was given that name over time.” 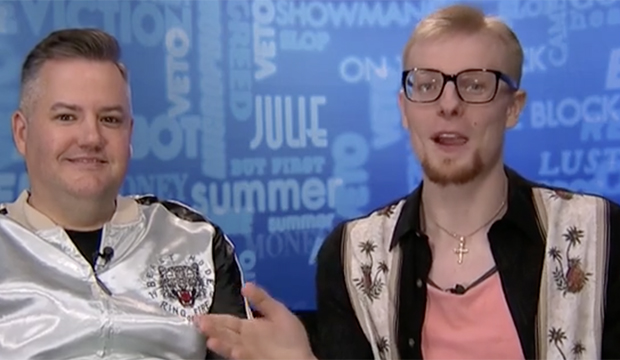 Scottie Salton
Scottie might not win, but he has a great, very chill attitude toward the game and will probably have the best DRs. He knows it’s “about what people think you are” and is self-aware enough to think that no one is gonna start a showmance with him without an ulterior motive. He also forgoes giving a pitch to America about why we should root for him because America has “more information than I do.” Smart man, this Scottie.
Quote: “I’m the dud guy. I sound like Elmo on HGH. Everything about me doesn’t scream ‘showmance.’” 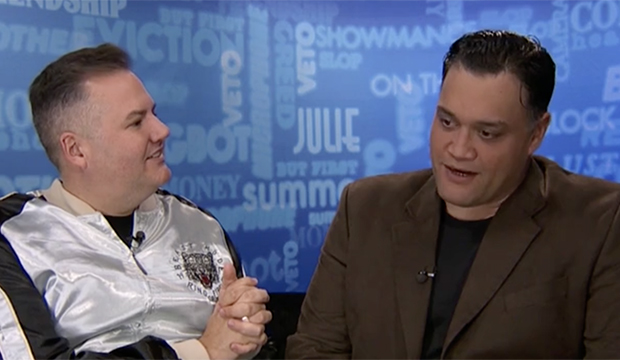 Steve Arienta
Oh, good, another former undercover cop who’s a dad. Jersey boy Steve is now a college professor, but he’s gonna tell his fellow houseguests that he’s a mechanic. Don’t worry, he knows all about car engines. He’s only 40, but looks a lot older, and he seems like a nice guy, so he could be the Dad who floats along. His game plan is to be asked to join an alliance and not start one. It’s a shame the show doesn’t cast multiple “older” houseguests because then they might be comfortable enough to take charge instead being the sole oldie who feels like they need to blend in with the young’uns. (Again, 40 isn’t even that old.)
Quote: “I love Derrick, I loved the way he played the game, but he ruined it for every undercover narcotics cop out there.” 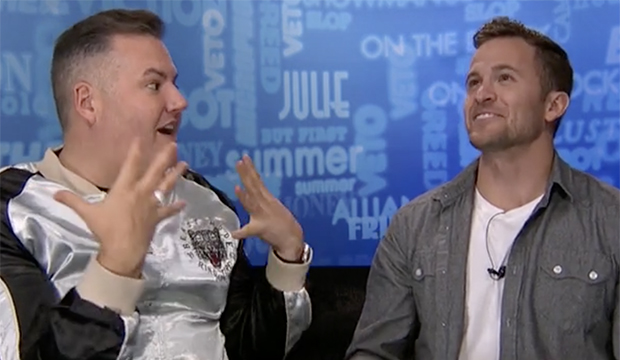 Winston Hines
Say hello to your new summer crush. Winston is a cutie and he is a true superfan. Seriously, he could not stop complimenting Ross the whole time. He’s another one who wants to lay low because his downfall is that he’s “too competitive.” But he seems to have some brains to make a run. Plus, even though he’s anti-showmance, that’s not gonna stop other people from pursuing one with him and/or wanting to keep him around.
Quote: “I don’t want to come here for Twitter followers.” 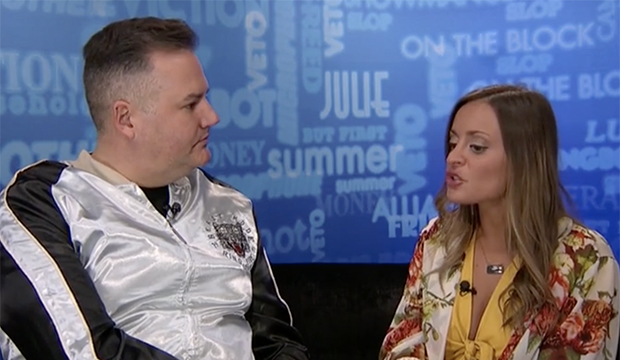 Kaitlyn Herman
Kaitlyn’s either going to be a loopy blast or annoying AF. Right now, it looks more like the latter. She’s a 24-year-old life coach and is all into New Age and love and light and the stuff. Not that there’s anything wrong with that, but she wants to prove you can win the game with just “love and gratitutde” and no backstabbing and manipulation. (Lol.) But she knows she will win because she’s “manifested this for months.” Mark her for an early boot.
Quote: “I’m very sensitive to people’s energies. I do read people’s auras. I’m very, very intuitive.” 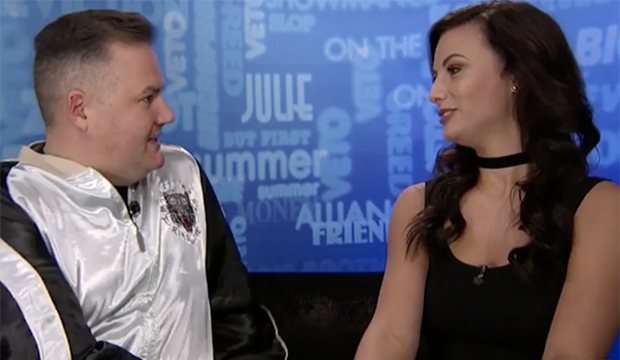 Rachel Swindler
First, let’s just take a moment to recognize that we had a Ross and Rachel in the DR together. Rachel, who’s friends with Jackie from “The Amazing Race 26” and Big Brother 17,” started out saying all the right things — she knows jury management is the most important — and then she self-immolated. This is a self-professed “superfan” who is into showmances and would rather lose and be loved by America than win and be hated. Rachel, girl, you had so much potential.
Quote: “I am an incredibly emotional person. I have a big heart. I’m a Cancer.” 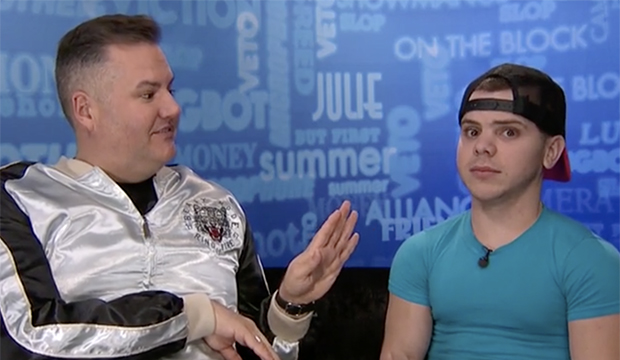 JC Mounduix
JC is a professional dancer who tops out at 4-foot-8. Needless to say, people probably won’t be that intimidated by him. Conversely, “anyone who’s very, very tall” could pose as a threat to him. JC rides a very fine line of being extra, but is generally a hoot and is gonna rely on his social game, so it all depends on how well-liked he will be inside.
Quote: “I promise America I’m gonna give you an amazing summer with a lot of entertainment and you guys are gonna get to understand all I’m saying by the end of the summer.” 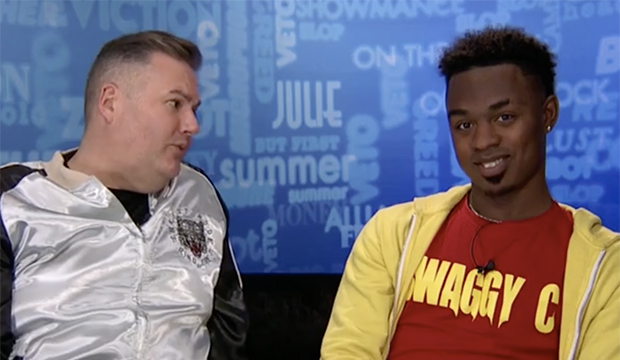 Chris “Swaggy C” Williams
Swaggy already has an outline of how his “Big Brother” run is gonna go: win first HOH, lay low for the next couple weeks, make it to jury, survive double eviction and win. He does know to “expect the unexpected,” right? Like Rachel, Swaggy, who has a photographic memory, seems to have potential, but then he reveals himself to be more concerned about being liked so he can parlay that into becoming a reality mainstay. The man is wearing a shirt with his nickname on it after all.
Quote: “If America loves me, OK, they can bring me back for another episode, for another season.”