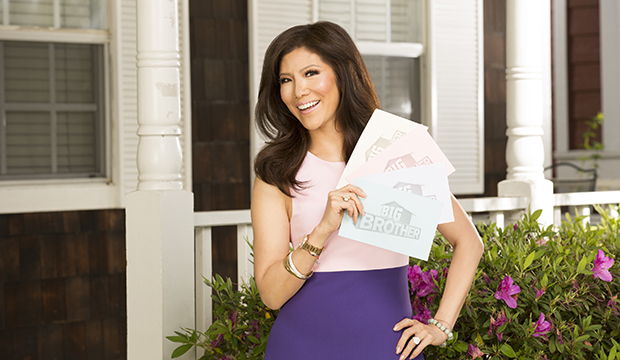 “Big Brother” Season 20, which will feature an interactive twist, debuts June 27 on CBS with a special two-night premiere. Longtime host Julie Chen is back and ready to go for the 20th season, telling Gold Derby in our recent interview, “It is so exciting just to hit that number.” Of this season’s 16 all-new houseguests, who do you think will win the $500,000 grand prize and who’ll be evicted in the first live episode? Now you can make your “Big Brother” predictions every week at Gold Derby for the chance to win a $100 Amazon gift card. Make your first picks now — it’s fun and easy.

To give us your predictions for each live episode of “Big Brother 20,” grab a contender from the left column and add it to the right column by clicking on the green + symbol. For the winner question, rank contenders based on likelihood of winning. Go ahead and make your initial forecasts now and then click “SAVE & NEXT” to jump to the next category.

Here are the contest questions you can predict now for the season’s first live episode of “Big Brother”:

Who will win ‘Big Brother’?

Who will be evicted live on air?

Will the live vote be unanimous?

Who will win HOH live on air?

How many times will Julie say ‘But first’?