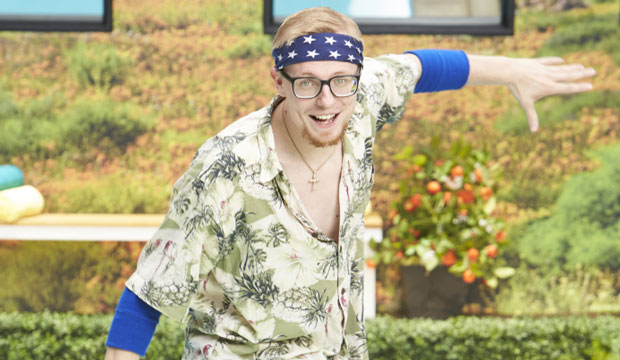 Week 8 was another turbulent one inside the “Big Brother” house, as Faysal Shafaat won Head of Household and decided to nominate both an ally (Scottie Salton) and an enemy (Brett Robinson) for eviction. Thanks to JC Mounduix‘s “puppet master” manipulation, Faysal put Scottie on the block because he thought he was in love his showmance partner Haleigh Broucher, which was a complete lie. With Brett winning the Veto and saving himself from the block, Faysal then had to nominate a replacement nominee. But did the house already make up its mind to evict Scottie? And who became the next HOH?

Below, check out our minute-by-minute “Big Brother” recap of Season 20, Episode 26 to find out what happened Thursday, August 23 at 9/8c. Then be sure to sound off in the comments section about your favorite houseguests on CBS’ reality TV show, who annoys you the most, and who you think will ultimately join the “Big Brother” winners list.

SEE ‘Big Brother 20′ spoilers: Who did Week 9 Head of Household nominate for eviction on the live August 30 episode of #BB20?

9:00 p.m. – “Previously on ‘Big Brother’!” In Wednesday’s Veto episode hosted by Zingbot, Brett secured victory in the “hide and seek” competition by stacking mattresses on top of the pillow that contained his hidden card. The episode ended before the Veto ceremony took place, but we all know Brett is going to remove himself from the block. Will Faysal listen to “crazy” Sam Bledsoe and nominate his girlfriend Haleigh for elimination, or will he instead go after a Level 6 member like Kaycee Clark, Tyler Crispen or Angela Rummans? Let’s find out now!

9:10 p.m. – There’s no way that Fessy will consider putting Haleigh up on the block, but now he has to tell her what Sam and Scottie have said about her. He tells her that Scottie called her Kaitlyn 2.0 and asked him to put her up as a replacement nominee. Haleigh seems to take it with a grain of salt at first, but soon falls apart in the Diary Room. Meanwhile, Angela is talking with Kaycee downstairs. They hope Fessy nominates Sam. Then Haleigh bursts in and falls apart. She tells the others she has done nothing but defend Scottie and she’s devastated about what he said about her.

9:12 p.m. – It’s time for Haleigh to confront Scottie. She meets him in the bedroom and doesn’t tell him what she knows. Scottie explains to Haleigh that he has planted seeds in the minds of others to make it appear that him and Haleigh were enemies. He now legitimately feels awful for saying those things. Scottie tells her he is sorry and she will have to just let him go. Haleigh tells Scottie that he’s her friend and she’s not mad, but she’s definitely hurt. Both of them are in tears.

9:15 p.m. – Scottie goes up to the HOH room to do some damage control with Fessy. He tells Fessy he doesn’t want him to put Haleigh on the block. Scottie then admits to Fessy that he has feelings for Haleigh. Scottie wants Sam to go on the block because he thinks Sam is playing everyone and could beat anyone in the jury vote. Fessy considers it, but the man is just too jealous to think rationally. He wants Scottie OUT!

9:20 p.m. – It’s time for the Veto meeting! During his speech, Scottie takes the time to throw Sam under the bus. He tells the houseguests that she has been playing everyone in the house and will beat everyone in the jury vote. Then, Brett decides to use the Power of Veto on himself. Fessy stands up telling the house Scottie first pitched for him to put up Haleigh and then Sam, the two people that had his back. Then, Fessy decided to put Kaycee on the block. Sam was left totally confused and Kaycee doesn’t feel too nervous about being on the block. Scottie says Fessy is an absolute moron. Sam said Scottie ripped her a “new Veto” today and she has no idea why.

9:25 p.m. – Angela, Brett and Tyler are literally and figuratively sitting pretty in the backyard. They’re certain this week’s vote will be unanimous. Brett thinks it is hilarious that week after week Faysal’s side has had an opportunity to take them out. But eventually Level 6 will have to eat their own. Who will strike first?

9:35 p.m. – Tyler brings Angela upstairs to talk to Fessy. Fessy had mentioned he wanted a Final Four deal with them, so Tyler wanted to discuss it with Haleigh, Fessy and Angela. Fessy argues that if they don’t play together, they’re going to give a floater $500,000. In the Diary Room, Angela says there is no way in hell she would choose them over Level 6, but if Haleigh wins HOH this week, telling them there is a deal could benefit their game. Downstairs, Tyler and Angela discuss it privately. Angela thinks it will be best if Brett or Kaycee wins the next HOH. Tyler jokes in the Diary Room about how everyone in the house thinks he is loyal to them. Is it a good thing? Or will it backfire? Later, JC pulls Tyler aside to ensure they still have a Final Two deal. Tyler nods yes and agrees they are going to the end. In his head, Tyler’s ideal Final Four is himself, JC, Angela and Kaycee. His ideal Final Two is with Kaycee because he thinks he can beat her. He tells Kaycee this, hoping that if everyone trusts him, he won’t have to win the next HOH to keep himself safe.

9:40 p.m. – It’s time for the live vote and eviction! Kaycee stands up to give her speech. It’s bland and boring just like watching her gameplay has been all season. Scottie then stands up and apologizes for his immaturity instead of owning his game and giving what could have been an epic goodbye. Lame! One at a time, the houseguests go to cast their votes in the Diary Room. In a unanimous vote, Scottie has been evicted from the “Big Brother” house!

9:59 p.m. – It’s time for the live HOH competition! As the outgoing HOH, Faysal is not allowed to compete. The game is called “Sweet Shot.” On Julie’s go, the houseguests will search for a token among hundreds of plastic balls. The houseguests will then roll a ball down a lane filled with obstacles, hoping to achieve a perfect score. If the houseguest is happy with their score, they can keep it. Otherwise, they can go back and search for another token. In a twist, the tokens are transferable, meaning houseguests can give someone else a chance to win the game. After one hour, if nobody has a perfect score, whoever has the highest score will win HOH. We will find out Sunday who the winner is. Then, Julie announced another twist! Next Thursday, the evicted houseguest MAY be headed to the jury. That’s because next week there will be a jury “Battle Back” competition. That means Bayleigh Dayton, Rockstar Lantry, Scottie or next week’s evicted houseguest will re-enter the game!

Who will be evicted live on air? Scottie Salton

Why Julie Chen Moonves thinks 'Celebrity Big Brother' is 'made for Frenchie' (no, he's not on…