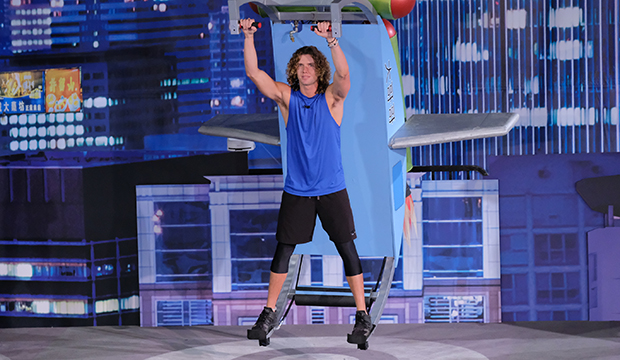 For the third year in a row, the winner of “Big Brother” came down to the final vote. And it was Kaycee, the little peanut herself, who won Season 20 over her ride-or-die Tyler by a 5-4 vote, proving that she is not Cody 2.0 and becoming the second woman to beat a guy in the final. Our odds had pegged Kaycee to prevail over Tyler, who had been the season-long frontrunner and arguably had the better strategic game. Kaycee came on strong in the end with her comp wins, but 61 percent of our readers felt Tyler deserved the win more. So how did he lose?

1. His jury answers weren’t great
For a superfan, Tyler did not handle the questions well (neither did Kaycee, to be honest). He rambled and didn’t highlight what he needed to highlight in a clear, concise manner. It was like he didn’t practice at all. (Maybe he really was distracted by Angela.) His answer to Bayleigh’s question was particularly bad. We knew she’d still be sour about their bloody house meeting fight, but she seemed open to voting for him in the jury roundtable and may have voted for him if he didn’t say he purposely wanted to make her his enemy (what?!). To be fair, he also kept getting cut off, which brings us to…

2. He had too much to explain and not enough time
Julie Chen (Moonves) kept cutting Tyler and Kaycee off mid-answer, which does no one any favors, including the jury. All for what? Swaggy C to propose to Bayleigh.

Glenn Weiss did it better. Tyler gave a better final speech than Kaycee did, but again, he ran out of time before he could effectively cover all of his moves and how much he ran the game. Not once did he mention how he got Kaitlyn to target Swaggy C in Week 2 or how he engineered a ton of the blindsides. He would’ve benefited greatly from the old extended jury questioning format that would let him get into the nitty gritty. “I knew what was happening every week” is too generic and not going to cut it.

3. He didn’t explain things in his goodbye messages
The show did not air all of Tyler’s goodbye messages to the jurors (the jurors see them all in the jury house), but of the ones they did air, Tyler only divulged game secrets to Scottie and Angela, and his one to Scottie was kind of smug. He should’ve taken a page out of Josh’s book from last year and use every goodbye message to explain and defend himself while also buttering up the jurors. Now, the jury buyback complicated things since Tyler was expecting one, so it wouldn’t have been smart to spill a ton of stuff before it happened, but he still could’ve used the messages to spin his game and apologize to the evictees, whether he meant it or not. Had he done this, he’d also have less to explain on finale night.

4. He mismanaged Sam and Scottie
For someone who had such a great read and handle on the house, Tyler did not take the right approach with Sam and Scottie. Sam played this game way too personally — she also had no idea WTF the game was — and we knew she’d be bitter that Tyler had multiple final two deals and broke theirs. Scottie fancies himself a big fan of the show who respects the game, but he has also proven to be sensitive and bitter (see: his second exit interview) and clueless (he didn’t know Faysal liked Haleigh and thought his best move was to work with Tyler when he returned to the house). Scottie said in the backyard interviews that he was going to vote for Tyler until Kaycee won the final HOH, but that’s likely a convenient cover; his “loyalty and respect” comment when he cast his vote was far more telling.

Both Sam and Scottie thought their relationships with Tyler were real and they did not like hearing that Tyler just used and discarded them. Tyler, of course, did use them, but he could’ve couched it better; he should’ve apologized, reminded them that lying is part of the game, said that he was loyal to everyone until he couldn’t be loyal anymore for his personal game, and just kissed their asses. He was too blunt and direct for his own good without making either of them, or Bayleigh for that matter, feel like they’re important. Despite knowing how delicate and unpredictable Sam could be, he didn’t put in much time with her during her last week to make sure they were still good, spending most of it with Angela instead. It was a stark contrast to the first half of the game when he consistently listened and talked to Sam. There was also absolutely no reason for him to reveal that he pretended to be close to Scottie since the whole point of that plan was to get Bayleigh to nominate Scottie, which she didn’t do.

5. The new era of the bitter jury
Unfortunately, the days of rewarding savvy, cutthroat gameplay are over for now. In recent years, the juries have prioritized loyalty and a friendly social game over strategy, manipulation and deception, aka the pillars of “Big Brother.” This is to take nothing away from Kaycee, who had the best social game and the most comp wins of the season. But this era doesn’t like dirty moves anymore. Paul gets a lot of grief for not owning any of his moves the past two seasons, but Tyler owned his moves and was a nice guy who didn’t bully anyone, unlike Paul, but neither won. Tyler is handling his loss well — and he does seem genuinely happy for Kaycee, as well as shocked and appreciative that he’s America’s Favorite Houseguest — but it’s got to be disappointing to know that you strategized, made big moves and controlled the game, but that that isn’t as valued as much as being nice and loyal — which again, he also was both until he couldn’t be loyal to certain people anymore. You’re supposed to get blood on your hands in this game, but people seem to have forgotten that.

6. Who flipped? Fessy!
Its safe to say many people expected Fessy to vote with Haleigh — and they confirmed in the backyard interviews they talked about how they’d vote in jury — but Fessy voted for Kaycee. He says it’s because Kaycee won the Veto that sent him home… before proceeding to point out that he caught more balls than she did, but she caught more squid in her mouth because he’s not used “catching stuff in my mouth.” So basically Fessy didn’t like that he lost that comp to a girl if he couldn’t also say that she went on to win the show. Haleigh, you can do so much better. So in the final blindside of the season, Fessy was the one who flipped. He still probably didn’t see that coming though.