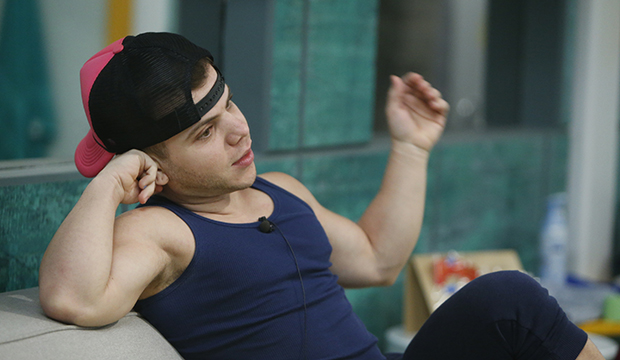 For much of the first half of “Big Brother” Season 20, JC Mounduix was essentially an under-the-radar floater who had no major game moves to speak of. But after the past two weeks — in which he first manipulated Faysal Shafaat into evicting Scottie Salton, and then convinced Angela Rummans to nominate both Faysal and Haleigh Broucher — JC has begun to create a game-winning resume. However, his fellow houseguests, including his close ally Tyler Crispen, have started to question whether JC is playing the game too aggressively. What do YOU think? Vote now in our poll below.

SEEScottie Salton on winning Jury Battle Back and returning to ‘Big Brother’ 20: ‘They’re mine! Rated R for Redemption’

In Sunday’s episode, soon after Tyler won the Head of Household competition JC was at it again. This time around he set his sights on stoking the animosity between Haleigh and Sam Bledsoe. As JC explained in the Diary Room, “The whole reason why I’m trying to get Sam and Haleigh to come for each other is because as long as you have people coming for each other and not for you, that’s always going to be beneficial.”

Later in the same episode, JC tried to manipulate Brett Robinson into believing that Angela and Kaycee Clark had a final two deal and that Angela and Tyler were in a showmance. Rubbing his hands together in excitement, JC told the audience, “If they start targeting each other, no matter what they will never come after me. And I’m gonna make it all the way till the end.”

“JC is concerned that I’m in a showmance with Angela and that I will pick her over him,” Tyler said while rolling his eyes. “JC just needs to chill out, relax, and just let me do my thing.” Tyler and Angela are both onto JC’s tactics, which could be bad for his game going forward. While cuddling in bed, the lovebirds even called him “a little rat, a little snake.”

Tyler nominated Haleigh and Scottie for eviction this week, but the Veto is still up for grabs. If one of them comes off the block during Wednesday’s episode, will Tyler decide to nominate JC in their place? Give us your theories down below.