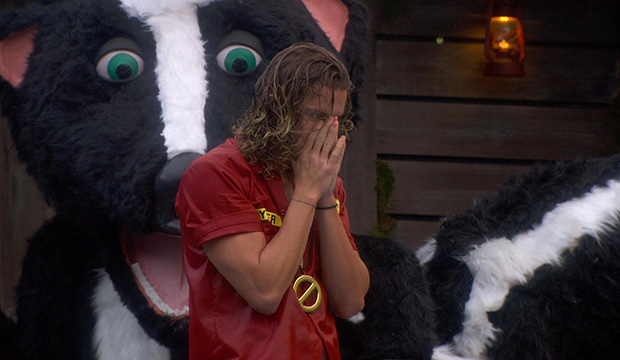 OTEV was introduced in Season 7 and the legendary Veto comp has been played every season since except for Season 10. Dan won Season 10 and would win OTEV in Season 14, but came in second to Ian that go-around. But would Dan still have won Season 10 had there been OTEV and he had won it? Did he win because there wasn’t OTEV? We’ll never know.

Here are all the OTEV winners:

Last month, 78 percent of our readers felt that Tyler would be the one to break the OTEV curse. He was still controlling the game at that point, before Kaycee started stepping up and crushing comps, and it also felt a bit destined. He should’ve lost OTEV twice, but Rockstar stupidly told him the correct answer in the penultimate round, allowing him to go back and get the right one. And then she brought back the wrong answer in the final round, while he had the correct one. Two close calls in one comp? It was meant to be.

His OTEV victory felt like one of those tight games a team wins in the playoffs that propels it to win the championship, but alas, maybe Tyler used up all his luck there. At least he’s in great company with some “Big Brother” icons who were also doomed by OTEV.