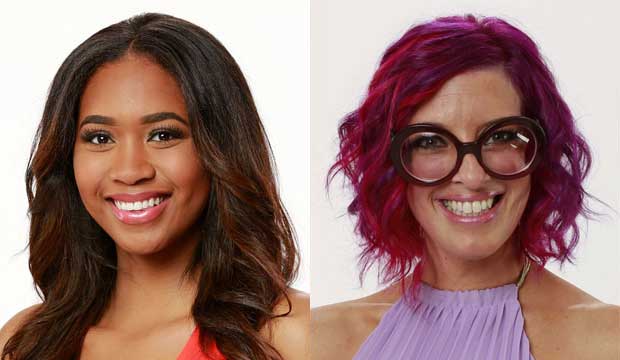 On Thursday’s live episode of “Big Brother,” the houseguests will vote on the Week 6 eviction. After two shocking changes, the final lineup pits Angie “Rockstar” Lantry against Bayleigh Dayton. Who do you think will be bounced by the other 10 remaining contenders on #BB20? Vote in our poll below and sound off in the comments section.

Rockstar, who won a landslide victory at the Week 4 eviction vote over Kaitlyn Herman, has been on the chopping block all week. She was tapped by Angela Rummans for possible elimination soon after the latter won Head of Household on August 2. Angela also singled out Scottie Salton who, like Rockstar, is not part of the Level 6 alliance.

But he was thrown a lifeline on Friday by Haleigh Broucher after she won the first-ever Hacker Comp. Part of her prize was the chance to change the elimination nominations and she swapped in Tyler Crispen for Scottie.

Angela then won the right to alter the nominations when she won the Power of Veto competition on Saturday. She prevailed over both Rockstar and Tyler as well as Haleigh’s choice, Kaycee Clark, and two other houseguests: Scottie and Brett Robinson. After much deliberation, Angela opted to take Tyler out of the firing line and bring Bayleigh Dayton to the jury for the first time.

SEE ‘Big Brother 20’ Battle Back Showdown: Which evicted houseguest do you want to return? [POLL]

Who do you want to see be eliminated from the house on August 9: Bayleigh or Rockstar? If you haven’t voted yet, cast your ballot in our poll below and then sound off in the comments section with your thoughts on season 20.

'Big Brother 21's' Nicole: 'I really thought that I would've won against either of them'…

Yes, Dr. Will agrees that Cliff made the worst game move on 'Big Brother 21': He should've 'absolutely…

'Big Brother' racetrack odds predict Jackson Michie will win the game, but [SPOILER] will be named…

How will the 'Big Brother 21' jury vote? Let's break it down (spoilers)