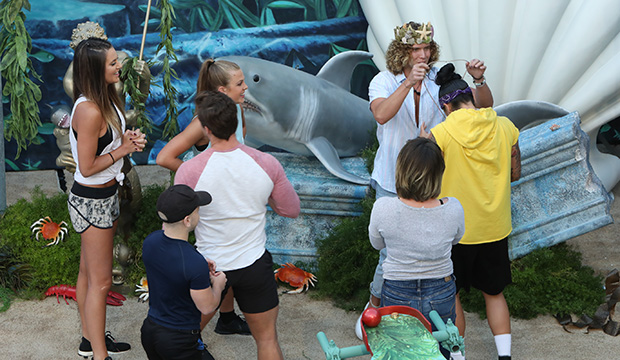 Now that Kaycee hasn’t used the Veto, barring an epic turn of events, Haleigh will walk out the door on Thursday’s “Big Brother 20,” completing Level 6’s clean sweep of sending The Hive members to jury one by one. So it’s another straightforward week, but we do have one thing to look forward to Thursday: the double eviction. Who do you want to follow Haleigh to the jury house?

Whoever goes obviously depends on who wins HOH, for which everyone is eligible except Kaycee. The houseguests are suspecting a double this week since they haven’t had one yet and they did the math to get to the finale date. Level 6’s initial goal was to get Sam out in the double, which is not a terrible idea but also would be a rather boring double eviction. They were keeping her around as long as Haleigh was there so they could go at each other if one became HOH, but since Haleigh is going, they can cut her. Also not a bad idea is dumping JC for the same reason as Sam: You wouldn’t have to deal with them complaining and worrying about being on the block for a full week. It’d be like ripping off a Band-Aid.

Kaycee also told Tyler on Monday that when it’s her, Tyler, Brett, Angela and JC left, they have to cut JC then. Tyler appeared to be on board with it, but he has said in his Diary Rooms that he wants JC in the final four with him, Kaycee and Angela. But JC has become a bigger pain in Tyler’s ass since then, talking down to him and demanding he not get involved with Angela. JC, meanwhile, still wants Angela out so he can have Tyler all to himself.

But then everything changed Tuesday night. Brett, who’s had JC in his ear about targeting Angela and Kaycee, floated that idea to Tyler for the double because two of them would have an easier time beating JC and Sam later on. Tyler nodded along but later told Kaycee about Brett’s budding betrayal, and they concocted a scheme to blindside Brett in the double with a plan to get Angela on board on Thursday morning.

So if you’re tired of Level 6 steamrolling, the double eviction could shake up the game in a big way. And things would get the most interesting if Tyler somehow goes, but that is the least likely scenario since he’s protected on all sides right now. But hey, you can dream.