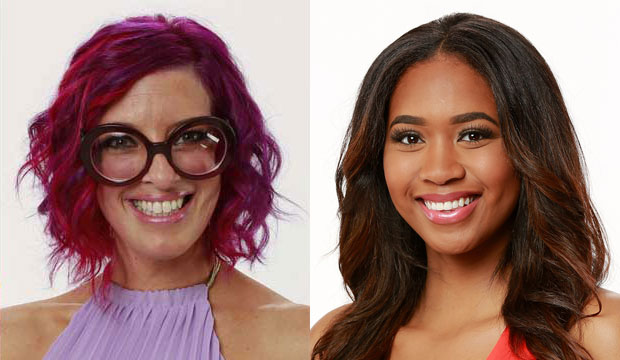 Wednesday’s episode of “Big Brother 20″ included another shocking switch in the lineup of eviction nominations for Week 6. At the end of the live episode last Thursday, Angela Rummans won the Head of Household competition and singled out two of the houseguests who aren’t part of the Level 6 alliance — Angie “Rockstar” Lantry and Scottie Salton — for possible elimination on August 9. But that match-up was changed on Friday by Haleigh Broucher, the first-ever winner of the Hacker Comp. She was given the ability to substitute a houseguest and swapped in Tyler Crispen for Scottie.

On Saturday, Angela, Rockstar and Tyler all competed for the Power of Veto. They were joined by Haleigh’s choice, Kaycee Clark, as well as Scottie and Brett Robinson. Angela won a hard-fought victory and spent the rest of the weekend pondering what to do at the POV ceremony on Monday.

In the end, she opted to take Tyler out of the firing line and send Bayleigh Dayton to face a jury of her peers on August 9. Bayleigh had been HOH last week and alienated most of the houseguests with her antics then and now.

SEE ‘Big Brother 20’ Battle Back Showdown: Which evicted houseguest do you want to return? [POLL]

Who do you want to see be bounced from the house on Thursday: Bayleigh or Rockstar? If you haven’t voted yet, cast your ballot in our poll below and then sound off in the comments section with your thoughts on season 20.

'Big Brother 21's' Nicole: 'I really thought that I would've won against either of them'…