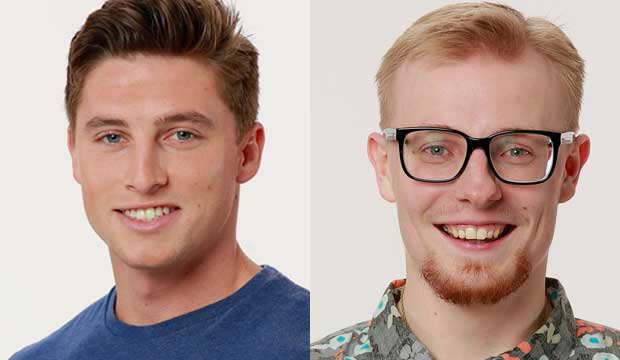 Faysal Shafaat won the Week 8 Head of Household competition shortly after the end of the live August 16 episode of “Big Brother.” This 26-year-old teacher from Florida then had to decide which two #BB20 houseguests to nominate for the live eviction vote on August 23. Before he moved into the house, Fessy, who described himself as a joker, explained his strategy for winning thus: “Finding a loyal person or two, using my social game and letting my physical gameplay show at the end more than beginning.”

Given that, only one of his nominees for eviction makes sense: Brett Robinson, a 25-year-old cybersecurity engineer from Massachusetts, who has proven to be a skillful player in the competition. His other choice, Scottie Salton, is a head-scratcher. Faysal had been friendly with this 26-year-old shipping manager from Chicago but has come to see him as a rival for the affections of Haleigh Broucher. In the end, he decided the best way to deal with this is to have the other houseguests send Scottie packing on Thursday.

SEE ‘Big Brother 20’ spoilers: Week 8 Power of Veto ceremony results on #BB20 and what they mean for August 23 eviction

Vote in our poll below as to which of these two you’d like to see evicted on August 23. Or do you like them both so much that you want to see a substitution in the nominations? The only way that will happen would be as a result of the Power of Veto competition. We’ve got those spoilers if you want to know.

SEE ‘Big Brother 20’ spoilers: Who won Week 8 Power of Veto competition on #BB20 and what does this mean for August 23 eviction?

The POV event was was held Saturday and included the long-awaited return of the Zingbot. Alongside Faysal, Brett and Scottie, three other houseguests took part. We won’t know till Monday’s PoV ceremony whether the line-up will change in advance of the live vote on Thursday.