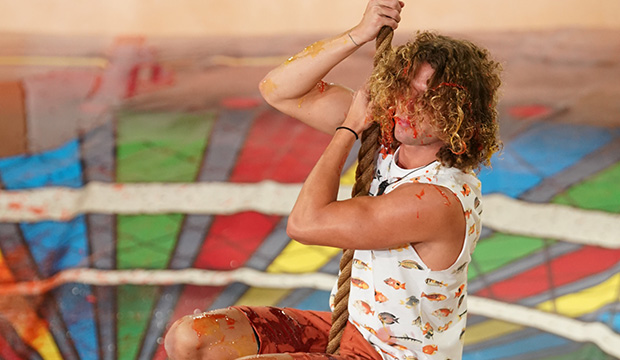 Some things never change. Tyler is not only still the favorite to win “Big Brother 20,” but he remains your top choice to win America’s Favorite Houseguest as well, nabbing 51 percent of the vote in a recent poll.

Tyler topped our first poll earlier this summer and has continued to be the same easygoing, likable guy we saw in the beginning all the while pulling the puppet strings in the game (sorry, JC). No player has ever won the show and America’s Favorite Houseguest, but Season 14 champ Ian finished second for AFH.

Sam received 23 percent of the vote last time on the strength of being RoboSam, but she’s now down to 7 percent after her crazy antics and unpredictable mood swings. Replacing her in the silver position is Brett, who earned 12 percent, compared to the scant 2 percent last time when he was just seeing as half of the Brinston bromance. Since Winston’s eviction, Brett has truly come into his own and brought the LOLs, usually with his so-dumb-it’s-hilarious Diary Rooms. And you know you loved it when he kept shouting “Defense!” during the Hide and Go Seek Veto.

JC (9 percent) and Haleigh (8 percent) are next, despite the sexual harassment controversy around the former. But since none of that has been shown or addressed on the broadcast show, it’s likely that many casual fans aren’t aware of this and only know JC by his Faysal puppet master edit.

Speaking of Fessy, who came in third with 7 percent last time, he received 2 percent, along with Kaycee and Kaitlyn, this time, which honestly is impressive considering the legitimately stupid things he’s done, chief among them targeting Scottie. Scottie grabbed 4 percent, followed by Angela with 3 percent.

Everyone else, most of whom are pre-jurors — Bayleigh, Rachel, Rockstar, Steve, Swaggy C and Winston — got a big fat goose egg.