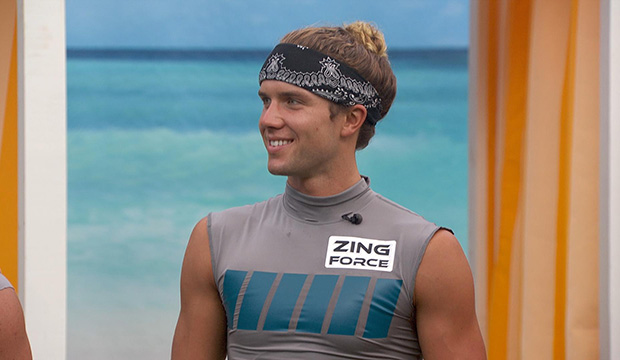 Ever since Haleigh stupidly revealed herself as the hacker who put him up on “Big Brother 20,” Tyler has had his mind set on getting her out before she can boot him. But Haleigh is not who he considers his biggest threat in the game — nope, it’s someone from his own Level 6 alliance: Brett.

SEE ‘Big Brother 20’ spoilers: Who did Kaycee Clark nominate for eviction on the live September 13 episode of #BB20?

In his HOH Twitter Q&A Thursday, Tyler said Haleigh is an imminent danger to his game, but Brett poses the bigger threat in the long term. “He’s good. He’s gotten himself out of a lot of situations,” Tyler said. “Even though we’re the ones that got him out of those situations, he can easily flip it around and make it seem like he did it for himself. So yeah, that’s threatening.”

That jibes with what Tyler has already mentioned in his DRs: His ideal final four is him, Kaycee, Angela and JC, meaning he would cut Brett first from Level 6. He has agreed to a final two with Brett, who threw a Hail Mary pitch to him last week after realizing he didn’t have a plan for the endgame. But we all know the only final two deal Tyler plans to honor is his one with Kaycee.

SEE ‘Big Brother 20’ spoilers: Who won Week 11 Power of Veto competition on #BB20 and what does this mean for September 13 eviction?

While Tyler has more comp wins than Brett, he’s likely wary of Brett’s social game, which he has fine-tuned since Winston left. He positioned himself as a lone wolf and infiltrated FOUTTE/The Hive to the point that he and Rockstar had a fake final two. Too bad he screwed himself over with a savage goodbye message to Rockstar.

Being a superfan and all, Tyler is also thinking one step ahead and is probably aware that Brett is aware that he’s the most expendable member of Level 6, so Brett might start turning on them to save himself. JC has already been complaining to Brett about Tyler and Angela’s closeness, which Brett has relayed to Tyler, so that’s a red alarm for Tyler because JC could pull Brett in and flip the game. Still in this case, they’d be going after Angela, not Tyler.