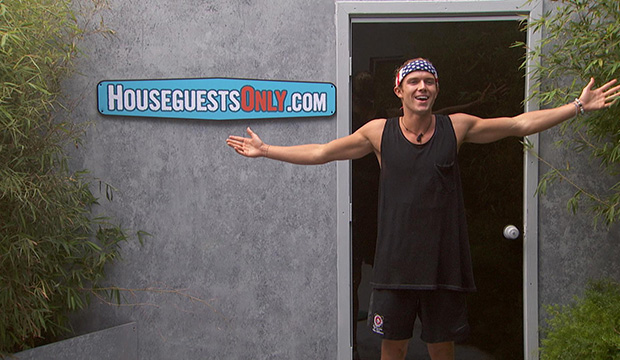 Tyler Crispen isn’t only Julie Chen‘s and your pick to win “Big Brother 20,” but he’s also your favorite houseguest in these early days of the game. In a recent poll, Tyler received almost a third of the vote, with 32 percent.

Tyler, who’s topped our odds since Week 2 after his stint as the first Head of Household, has emerged as a savvy competitor, building relationships and alliances with almost everybody in the house without making himself a target. He had a hand in Swaggy C‘s backdoor last week and also won the second Power App.

Coming in second is one of Tyler’s closest allies, Sam, who nabbed 23 percent. RoboSam won our hearts and a Power App the first week, and she’s currently the second favorite to win the game as well.

SEE ‘Big Brother 20’ spoilers: Krazy Kaitlyn does the most bonkers thing yet

Of note, Winston was our pre-season predicted winner, but he has since proven to be more or less worthless in the house — even Chen’s called him out — where’s he’s just bro-ing it up with Brett. And now they’re both one the block and he could be going home. How the mighty have fallen.

Now will Tyler still be the fan favorite by the end of the season and win America’s Favorite Houseguest? This is the longest season yet — 99 days — so a lot can and will change between now and Sept. 26.

You can win a $100 Amazon gift certificate by predicting the finishing order of all 16 houseguests, so get started right now — it’s fun and easy. Currently Winston Hines is the odds-on favorite to win “Big Brother” Season 20, but expect the odds to fluctuate once viewers get to see all the players in action.