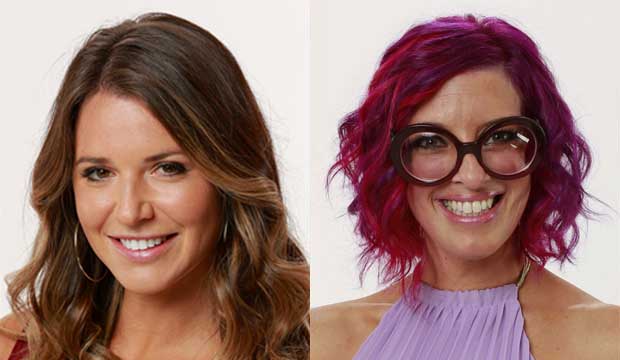 Haleigh Broucher won the Week 7 Head of Household competition shortly before the end of the live August 9 episode of “Big Brother.” This 21-year-old fitness model from Texas then had to decide which two #BB20 houseguests to nominate for the live eviction vote on August 16. Before she moved into the house, she explained her strategy for winning thus: “I plan on using my school major, psychology, to analyze and deceive the houseguests.” She was confident in her plan of “feeling out the houseguests first, then pinpointing what makes them tick and rolling with it.” And she did just that, striking up an agreement with other houseguests.

It was not a surprise then when she nominated two houseguests outside of this alliance: Week 6 HOH Angela Rummans and Kaycee Clark. However, her plans were upended when Kaycee won the second-ever Hacker Competition on Friday. This new twist in the game allowed the winner to swap out one of the nominees for eviction and name their replacement. Not surprisingly, Kaycee decided to remove herself from the firing line and put Angie “Rockstar” Lantry in her place. Rockstar won easily against Bayleigh Dayton in last Thursday’s vote but may not have as easy a time of it this Thursday.

We’ve got spoilers for this week’s all-important PoV competition, which was held Saturday. Alongside Haleigh, Angela and Rockstar, three other houseguests took part (with Kaycee deciding on one of these). We won’t know till Monday’s PoV ceremony whether Angela or Rockstar is removed from the live vote on Thursday. Vote in our poll below as to which of these two you’d like to see evicted on August 16. Or do you like them both so much that you want to see a substitution in the nominations?

SEE ‘Big Brother 20’ spoilers: Week 7 Power of Veto ceremony results on #BB20 and what they mean for August 16 eviction