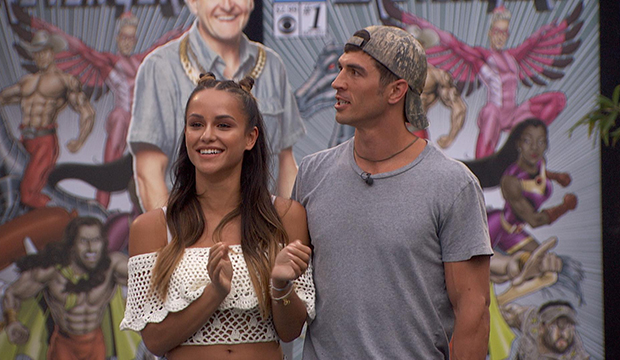 Cody Nickson and Jessica Graf are definitely having an amazing 2018. The “Amazing Race 30” winners and “Big Brother 19” power couple are expecting their first child together, Jessica announced Monday on Instagram.

“WE’RE PREGNANT! And I’m over the moon! I’m so excited to bring our first child into this life we have created together!” she wrote, alongside a photo of the couple proudly flaunting their sonogram.

WE’RE PREGNANT! And I’m over the moon! I’m so excited to bring our first child into this life we have created together! I’ve been pretty quiet on Instagram lately. I’ve been avoiding posting stories and photos as much as I normally do because we’ve been taking this time to really enjoy all the great blessings we have in our life ❤️ Considering our engagement was leaked before we could tell anyone, it’s been so great to be able to share our new addition with our loved ones before making this announcement! I’m a little over 11 weeks and we plan on bringing our little angel into the world on April 11, 2019, just two days before Codys birthday 😄 We’re honored to be adding the FIFTH Big Brother baby to the world! We can’t wait to meet you little one and we already love you more than anything! 👶🏽 #MomToBe #BabyOnBoard

Jessica shared that she’s 11 weeks along and is due April 11, two days before  Cody’s birthday. “We’re honored to be adding the FIFTH Big Brother baby to the world! We can’t wait to meet you little one and we already love you more than anything!” she wrote.

This will be the first child for the couple and the second for Cody, who has a daughter, Paisley, from a previous relationship. Cody and Jessica, who met last year on “Big Brother” and became one of the most polarizing couples in the show’s history, got engaged in February, a week before the “Amazing Race 30” finale aired. They won the $1 million and told host Phil Keoghan that they were going to put the money toward their future family. “Now we have a foundation as far as money goes to set up a family for ourselves,” Cody said. (He also has an extra $25,000 from winning America’s Favorite Houseguest on “Big Brother” last summer.)

In his own Instagram post, Cody gave a shout-out to their haters. “Thank you for all who have stood with us in support… and thank you to those who have opposed us to make all the victories worth it,” he wrote.

Every day, Jessica and I thank the Lord for all the blessings He gives us. And now we are blessed with the greatest gift… a child. We are beyond pleased. Thank you for all who have stood with us in support… and thank you to those who have opposed us to make all the victories worth it. I’m looking forward to Jessica being my wife and the matriarch of the Nickson establishment in Texas. What an incredible year.

The couple, who hosted a Veto comp on “Big Brother 20” earlier this season, is set to tie the knot on Oct. 14. What are the chances we’ll see them on Wednesday’s finale to talk about their big news? We’ll say very high.

'The Amazing Race 33' premiere recap: Who was axed on the first two legs pre-COVID? [UPDATING LIVE…

'The Amazing Race' bosses on future seasons in the COVID era: 'It's a waiting game right now'…