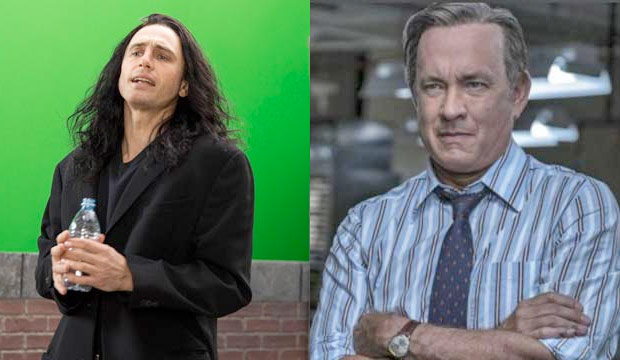 Things went mostly according to plan when the 2018 Oscar nominations were unveiled on Tuesday, January 23. However, we’re still scratching our heads over several high-profile acting contenders being left out in the cold. Among the many notable 2018 Oscar snubs are Golden Globe winner James Franco (“The Disaster Artist”) and two-time Oscar champ Tom Hanks (“The Post”), both of whom were omitted from the Best Actor race.

Recent SAG Awards nominees Holly Hunter (“The Big Sick”) and Hong Chau (“Downsizing”) were both snubbed in Best Supporting Actress, while a pair of “Call Me By Your Name” performers — Armie Hammer and Michael Stuhlbarg — didn’t hear their names called in Best Supporting Actor. Also of note, Judi Dench (“Victoria & Abdul”) missed out on earning her eighth career Oscar nomination despite being recognized at the Screen Actors Guild.

Here’s our list of the 16 unforgivable Oscar acting snubs. Which performers do YOU think should have earned a place in the 2018 Oscars lineup? Sound off down in the comments section.