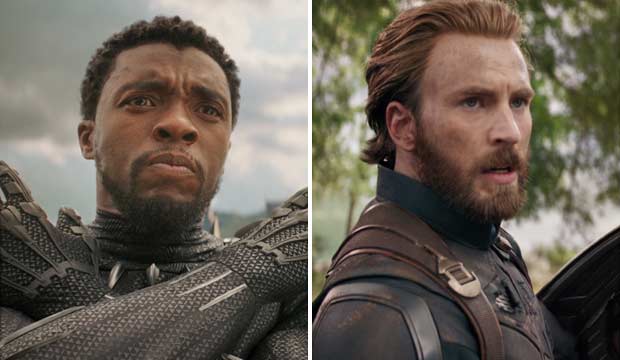 “Avengers: Infinity War” was a box office behemoth in its opening weekend, taking in $257 million domestically — a new all-time record. But it was eclipsed by “Black Panther” in the 2018 MTV Movie and TV Awards nominations, which were announced on Thursday, May 3. “Black Panther” picked up seven bids, while “Avengers” only has three. But they’re both up for the top award, Best Movie, so which film has the edge? Check out the complete list of MTV nominees here.

The winners will be decided by fans voting online, so it doesn’t necessarily matter if you have the most nominations. But judging based on popularity, this might be a close race. For the time being, “Black Panther” is the highest grossing superhero movie of all time at the domestic box office ($689 million and counting), and it’s by far the most acclaimed of the 19 Marvel Cinematic Universe movies. “Avengers” may ultimately overtake “Panther” when it comes to making money, but does that mean fans will have liked “Avengers” more?

However, “Avengers” is the more current film, having just opened on April 27, so it’ll still be the talk of the town as fans are voting online. And the original “Avengers” film won Best Movie in 2013, so the superhero crossover has a proven track record at the MTV Awards. But there are three superhero movies up for the top prize — “Wonder Woman” in addition to “Black Panther” and “Avengers” — so might they cancel each other out? That could open the door for the horror film “It” and the comedy “Girls Trip,” which round out the list of Best Movie contenders.