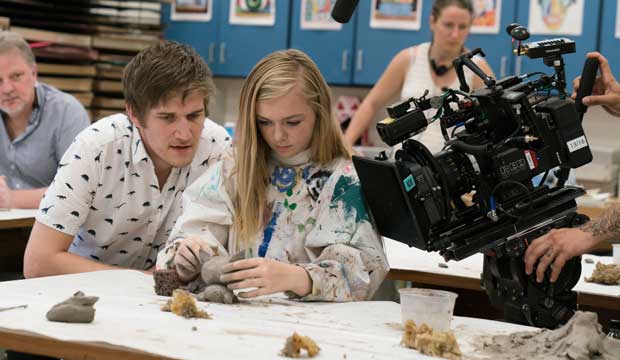 Just a couple of years ago Damien Chazelle became the youngest person ever to win the Oscar for Best Director when he prevailed for “La La Land” (2016) at age 32. That also made him the first Best Director winner born in the 1980s — 1985 specifically, which made him the first Millennial to win the award. Chazelle could return to the race this year for “First Man,” but the academy could trade him in for an even younger model: 28-year-old Bo Burnham, who directed “Eighth Grade” to some of the year’s best reviews and would be the third youngest person ever nominated for the award.

Born August 21, 1990, Burnham got his start as a stand-up comedian and YouTube personality. This year he made his feature film debut as a writer and director exploring the life of someone even younger: “Eighth Grade” takes place during the last week of middle school for Kayla (Elsie Fisher), an eager teen struggling to be noticed. It premiered at the Sundance Film Festival in January and was then released in July by A24, the same studio that distributed other recent Oscar contenders about growing up: Best Picture winner “Moonlight” (2016) and Best Picture nominee “Lady Bird” (2017).

But will Oscar voters embrace a filmmaker so young coming from the world of comedy? Well, for starters, three filmmakers have already been nominated in their 20s for their directorial debuts. Two were even younger than Burnham: John Singleton for “Boyz n the Hood” (1991) at age 24, and Orson Welles for “Citizen Kane” (1941) at age 26. The other was just a bit older than Burnham: Kenneth Branagh for “Henry V” (1989) at age 29. Not bad company to be in. As for comedy, Jordan Peele was nominated for Best Director just last year for his feature directing debut, “Get Out,” after emerging from the world of sketch comedy.

Other young filmmakers have been nominated for breakthrough indie films in recent years, like Jason Reitman (2007’s “Juno”) and Benh Zeitlin (2012’s “Beasts of the Southern Wild”), who were both 30 when Oscar first took notice. And though “Eighth Grade” came out in the summer — eons ago by Oscar standards — “Get Out” opened even earlier in 2017. Like that film, “Eighth Grade” might get a boost from year-end awards in breakthrough-directing categories, though Burnham might have to duke it out with Bradley Cooper (“A Star is Born”) for a lot of those kudos.

Cooper is already well established with four Oscar nominations for acting and producing, so he has a head start with the academy, but at least with Burnham no one can say youth is wasted on the young.