On July 17 Focus Features debuted the trailer for one of the most anticipated films of the coming awards season: “Boy Erased.” It stars Oscar nominee Lucas Hedges (“Manchester by the Sea”) as a young man coming to terms with being gay and Oscar winners Nicole Kidman (“The Hours”) and Russell Crowe (“Gladiator”) as his conflicted, religious parents who hope to cure him of his homosexuality. Get a look at the film above.

The film is adapted from the 2016 memoir of the same name by Garrard Conley, and it’s written and directed by Joel Edgerton. He’s best known for his work in front of the camera in past Oscar contenders like “Warrior” (2011), “Zero Dark Thirty” (2012) and “Loving” (2016). But he also received critical acclaim for his feature directing debut, “The Gift” (2015), a thriller in which he co-starred with Jason Bateman and Rebecca Hall.

Edgerton hails from Australia, as do Kidman and Crowe, but the story is actually set in the American South. So was “Loving,” which dealt with a different kind of discrimination: the real-life legal fight by Mildred and Richard Loving (Ruth Negga and Edgerton) to strike down laws against interracial marriage. Negga earned a Best Actress Oscar nom for her performance, but Edgerton is still seeking his first recognition from the motion picture academy despite earning bids for that film from the Golden Globes and Critics’ Choice Awards.

Hedges was only 20-years-old when he earned his Best Supporting Actor bid for “Manchester,” but he has already followed that up with performances in two more Best Picture nominees, “Lady Bird” and “Three Billboards Outside Ebbing, Missouri” (both 2017). The latter film won him a SAG Award as a member of the ensemble cast. Will all three actors and their writer-director show up at the Oscars for their latest effort? It opens on November 2 in the US.

Nicole Kidman Movies: Top 10 Roles from 'To Die For' to 'The Paperboy' 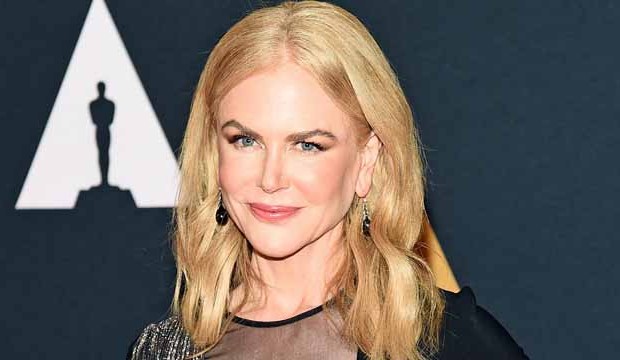