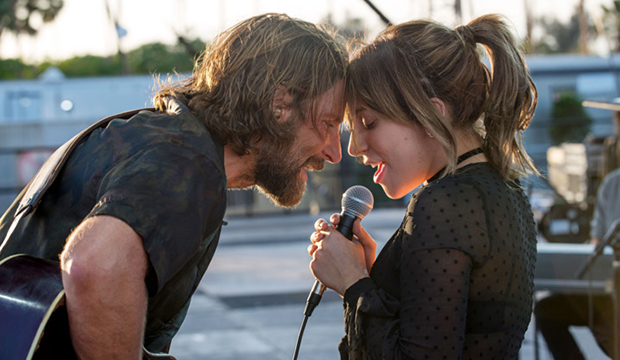 Looking back on last year’s Oscar race as this year’s contest starts to heat up, it struck me that not enough was made of the fact that Greta Gerwig with “Lady Bird” and Jordan Peele with “Get Out” achieved what they did as actors who went behind the camera. Both made history as only the fifth woman and the fifth African-American to be nominated for Best Director. Peele also became the first black winner of Best Original Screenplay.

It also got me thinking how some actors often fare better in the industry once they redefine themselves as filmmakers. Who knows? Clint Eastwood might still be making spaghetti Westerns, doing “Dirty Harry” sequels or working with an orangutan if he didn’t shoot his first feature, “Play Misty for Me,” in 1971. Instead, he won both Best Picture and Best Director for 1992’s “Unforgiven” and 2004’s “Million Dollar Baby.”

Looking at this decade with its redesigned Best Picture category that goes from five to 10 nominees, seven films directed by actors have made the cut. Besides “Lady Bird” and “Get Out,” there was Woody Allen’s “Midnight in Paris” in 2011, Ben Affleck’s “Argo  in 2012,  Eastwood’s “American Sniper” in 2014, Tom McCarthy’s “Spotlight,” and Denzel Washington’s “Fences” and Mel Gibson’s “Hacksaw Ridge” in 2016 — with “Argo” and “Spotlight” as winners.

This year, there is a new bumper crop of possible actors-turned-directors in the race. John Krasinski is ahead of the curve with his directing debut, the horror thriller “A Quiet Place,” which opened in April and has grossed $323 million worldwide. Paul Dano (“There Will Be Blood”) earned glowing reviews for his first-time directing effort, “Wildlife,” at Sundance and it will also screen in Toronto. Telluride premiered “Boy Erased,” directed by and starring Joel Edgerton (“Loving”), and Venice was the first fest to screen Bradley Cooper’s “A Star Is Born,” in which he co-stars with Lady Gaga. Both were well-received before heading to Toronto.

Meanwhile, Jonah Hill will show the world his directing debut, “Mid90s,” at the Canadian fest. Joining him there will be Emilio Estevez, a veteran helmer of eight films starting with 1986’s “Wisdom.” He is part of an  ensemble cast that includes Alec Baldwin and Christian Slater in “The Public.” Also showing is “Quincy,” a documentary about music legend Quincy Jones that is co-directed by his actress daughter Rashida Jones.

Vote in our new poll below about which of these actors-turned-directors might be the most likely for a nomination at the 2019 Oscars.

Why do some actors feel compelled to sit in the director’s chair? In an interview about his first feature with “New York” magazine’s Vulture website, Hill – who has been nominated twice for Best Supporting Actor for “Moneyball” and “The Wolf of Wall Street” — had this to say about his choice to shift behind the camera: “When I pulled up to the set on the first day of “Mid90s,” and the cameras were there, and the trucks were there, and the kids were in their costumes, and I was behind the camera, I thought, This is home. I knew this is what I wanted out of my life.”

But the real reason might be found in his final words: “And I didn’t feel like it was given to me. I felt like I had worked for it.”