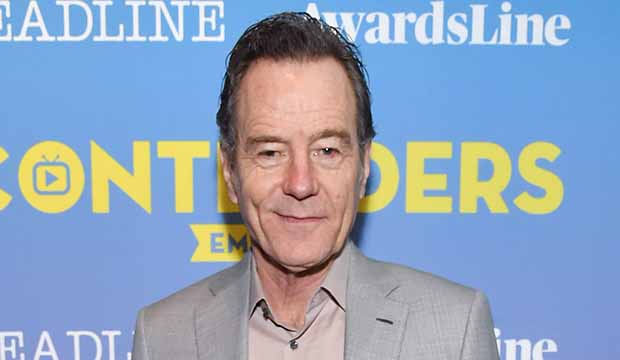 “Maybe Walter White did get away with it,” Cranston told talk show host Conan O’Brien after Gilligan said that his mother was upset with the ending. “Was there a coroner’s report? No. Was there a listing in the obituaries? No.” O’Brien’s co-host Andy Richter then joked, “It sounds like Cranston needs work!”

Not true, Richter! Cranston has kept busy over the past few years with movies like “Last Flag Flying” and “Isle of Dogs” and TV shows like “Sneaky Pete” and “Electric Dreams.” He also just earned a 2018 Emmy nomination for guest starring on “Curb Your Enthusiasm” as Larry David‘s therapist.

Cranston admitted to O’Brien that he’s attracted to “Breaking Bad” superfans “in a very quiet way.” Whenever Cranston sees someone wearing a shirt from the show, “I like to walk right up to them, saddle up next to them and just say, ‘I like your T-shirt.’ They kind of recoil and go, ‘What, who’s this?’ And they look at me then and I go, ‘Shh.’ And I walk away as quickly as possible.”

If Walter White is still alive, perhaps we’ll see him pop up one day on spinoff series “Better Call Saul,” which stars Odenkirk as lawyer Jimmy McGill/Saul Goodman. Most of “Better Call Saul” takes place in the past, but the opening scene each year teases what happened to Saul after the events of the “Breaking Bad” finale. “Better Call Saul” returns for Season 4 on August 6.