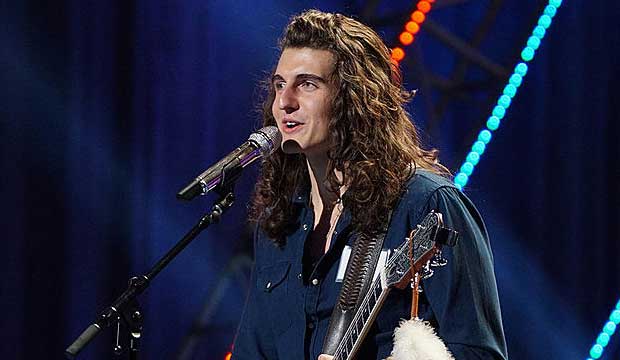 Cade Foehner is one of the favorites to win season 16 of “American Idol.” This 21-year-old student hails from Shelbyville, Texas. He has gotten to the top 5 on the ABC revival of this reality competition series based on his eight performances to date beginning with the Top 50 back on April 2. Which of these has been your favorite so far? Vote in our poll below and then sound off in our comments section with your thoughts on this reboot of “American Idol.”

Do you think that Foehner’s finest performance was one of the two tunes he sang on the May 6 episode that saw the Top 7 reduced to the final five? Those songs were written by Prince (“Jungle Love”) and Jewel ( “Who Will Save Your Soul”). Or was it his first time in the spotlight when he won over judge Katy Perry with his version of “No Good” by Kaleo? Perhaps you favor one of the five other songs he has sung in the competition so far.

Take a look at his set list below and then weigh in with your pick. And be sure to make your predictions so that all of the remaining “American Idol” contestants can see how they’re faring in our racetrack odds. You can keep changing your predictions until just before the next episode airs on ABC. You’ll compete to win a spot on our leaderboard and a $100 Amazon gift card.

May 6 (Top 7)
Birth Year Song: “Who Will Save Your Soul” by Jewel
Prince Song: “Jungle Love” by The Time (written by Prince)

April 9 (Top 24)
Duet: With Bishop Briggs on “Never Tear Us Apart” by INXS

See our contest rules and sound off with other fans in our reality TV forum. Read more Gold Derby entertainment news.

What were your favorite moments of the Season 18 finale of 'American Idol'? [POLL]

Where are the first 17 'American Idol' winners now: Find out what happened to your favorites

'American Idol' final: How to vote for the season 18 winner on May 17

'American Idol' Top 7 spotlight: Just Sam hopes to cap off her inspirational journey with the Season 18…