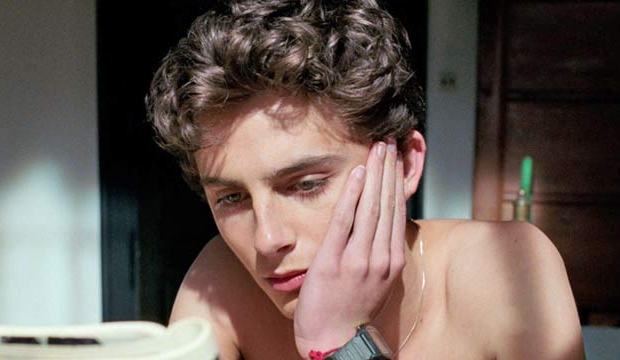 Luca Guadagnino‘s queer coming-of-age story “Call Me By Your Name” was nominated for four Oscars Sunday night, but only came away with one victory for James Ivory‘s adapted screenplay. The film lost Best Picture to “The Shape of Water,” Timothee Chalamet lost Best Actor to Gary Oldman (“Darkest Hour”), and Sufjan Stevens‘ “The Mystery of Love” lost Best Song to Robert Lopez and Kristen Anderson-Lopez‘s “Remember Me” (“Coco”). One day later, outraged “Call Me By Your Name” fans have taken to Twitter to share their feelings over the film being “robbed” in these three Oscar races. Here’s just a small sampling of their comments:

Matt Jacobs: “Timothee Chalamet did more in these few seconds than any other actor did in 100 minutes last year, but carry on.”

Spencer Althouse: “SORRY BUT TIMOTHEE CHALAMET GAVE THE BEST PERFORMANCE OF THE YEAR.”

ramone: “I knew Timothee would be robbed but I still feel sad?”

kirsten king: “Y’all think f***ing a fish is brave? Timothee was out there on a dusty mattress with a peach. #robbed”

Brandon Perea: “Every time I see clips of ‘Call Me By Your Name,’ I’m reminded of how incredible it is. ESPECIALLY when I hear that DAMN SONG!”

Katy: “I’m gonna go home and cry and watch ‘call me by your name’ and cry some more.”

Comrade Cammie: “Okay but ‘call me by your name’ got robbed like crazy.”

With four trophies including Best Picture, the big winner at the 90th anniversary of the Oscars was Guillermo del Toro‘s “The Shape of Water.” That victory actually surprised many awards pundits, as it came in second place in Gold Derby’s overall odds behind frontrunner “Three Billboards Outside Ebbing, Missouri.” Meanwhile, “Call Me By Your Name” came in fifth place in our rankings.

For Best Actor, Chalamet was our runner-up prediction behind Oldman. Chalamet won several critics’ awards early in the season, but wasn’t able to get past Oldman once the major televised ceremonies like the Golden Globes and SAG Awards started taking place. Chalamet did win the Independent Spirit Award one day before the Oscars, but Oldman wasn’t eligible there as “Darkest Hour” was not an independent film.