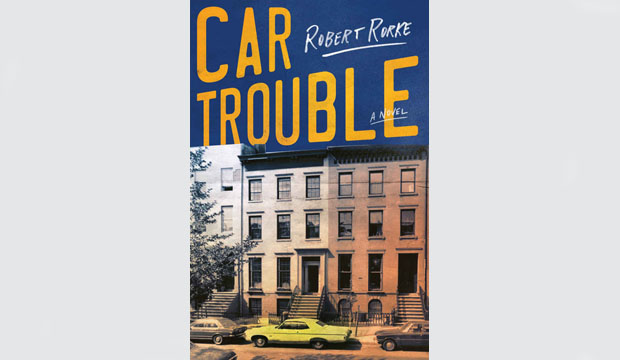 As TV Editor of the New York Post, Robert Rorke not only knows how to write supremely about television, the savvy Gold Derby Emmy Expert (he beat all of our other Experts predicting Emmys in 2016) just proved he can write a darned good novel, too: “Car Trouble,” recently published by Harper Perennial. Actually, it reads like a memoir, but even though the book’s author and its protagonist both grew up in Brooklyn circa 1960s-1970s and bear many other similarities, the protagonist is named Nicky and growing up is especially tough for this kid.

That’s because cars aren’t really his trouble. It’s his dad, who’s often blotto, jobless, derelict (oops, he sets the house on fire) and sometimes he even uses Nicky as a punching bag when soused or, when sober, as a dutiful but reluctant assistant to fix or ditch old autos at inconvenient times when the rest of Brooklyn is sleeping or watching a Mets game on TV.

The cars are sometimes junkers Dad won in a poker game, but they’re often fabulous old monsters with exotic fins, wings and bright red tail lights like angry dragon eyes. Dad gives them names like Black Beauty and Green Hornet, tours them through the neighborhood like a king surveying his provinces and sometimes even lets Nicky drive. But nothing provides Nicky a means of escape from his haunted home life. At one point Mom saves the day to pay overdue bills by taking a bank job, but Dad remains the family’s driving force of personality, even authority, like most clans of that era. So if Nicky wants to survive and move forward in life, he can only do so by taking the wheel of his own destiny. That means he’s got to grow up fast and on his own, which he can only do by forgiving a broken dad who fails to point the way.

“Car Trouble” is a wonderful read, deeply felt and the work of an expert writer. Take the ride.