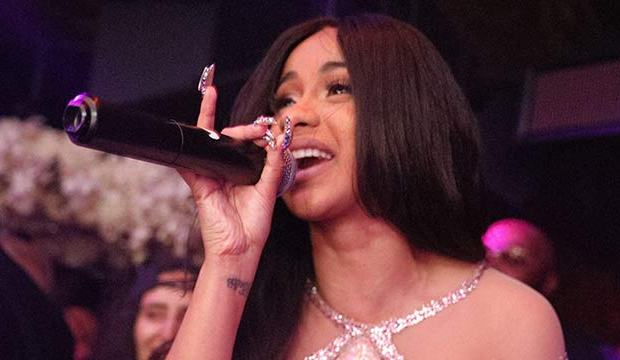 Could Cardi B pull off one of the biggest upsets at this year’s Grammys? She’s nominated for Best Rap Performance and Best Rap Song for “Bodak Yellow,” one of the biggest hits in either category and one of the rare number-one hits for a solo female rapper. However, she’s up against a pair of juggernauts in both races: Jay-Z and Kendrick Lamar who have eight and seven nominations, respectively, more than any other artist this year. Jay and Lamar are also nominated for Album of the Year, but are they really indomitable here?

Cardi B rose to the top of the charts in the fall and winter, not just with “Bodak Yellow” but with additional top-10 hits “MotorSport” (with Migos and Nicki Minaj) and “No Limit” (with G-Eazy and A$AP Rocky), so she was fairly ubiquitous around the time the recording academy was deciding on winners. Voting ended on December 21, before Cardi B’s latest hits reached their peak, but she would still have been fresh in mind when the academy was filling out their ballots.

That alone might not be enough for her to prevail, but she also stands out in a category usually dominated by men. If Jay and Lamar, who represent the current hip-hop establishment, split votes, Cardi B could sneak through. As of this writing she ranks second in our predictions for Rap Performance with odds of 10/3, so she does look like a strong possible dark horse contender. She’s backed by one of our Top 24 Users who got the highest scores predicting last year’s Grammys, and one of our All-Star Top 24 who got the highest scores when you combine the last two years’ predictions.

Do you think Cardi B has a chance? Read some of our forum posters’ comments below, and join the discussion in our message boards right here.

smurty11: “Really big long shot, but I think Cardi B could win Rap Performance. She is everywhere, she has three top-10 singles at the same time. She might have four next week with the ‘Finesse’ remix or ‘Bartier Cardi.’ Still predicting Kendrick win, but I think Cardi’s got a shot.”

PoweR: “Cardi B won’t win a Grammy this season. The rap field will be Kendrick vs. Jay-Z, the way the panel wanted it. She would be the closest person to an upset, though.”

MarinaBelo2: “She could win if a vote split happened and if they feel like ‘let’s award a woman in a rap category for a change.’ But I think they’ll give all the awards to Kendrick or maybe Rap Song to Jay-Z. And that’s it. Cardi is still very new, they won’t give her a Grammy like that.”

darrenc95: “Cardi isn’t winning anything. The trend in the rap categories is that voters tend to remain loyal to a select group of hip-hop elites. After [‘Good Kid, ‘M.A.A.D City’], Kendrick became one of those artists. This is his moment. It’s the biggest album of his career, the most acclaimed album of the year, and he’s the most popular hip-hop artist of the year. Jay (who is Grammy royalty) isn’t even touching him, let alone a newbie.”