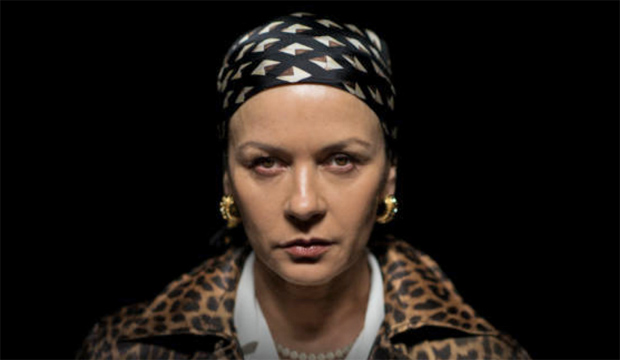 She’s won an Oscar. She’s won a Tony. Can she now win an Emmy? Catherine Zeta-Jones is on the 2018 Emmy ballot for Lifetime’s telefilm “Cocaine Godmother: The Griselda Blanco Story,” in which she portrays a real-life drug dealer in the trafficking industry. A year ago the idea of Zeta-Jones coming to television seemed far-fetched, but then she took on the iconic role of Olivia de Havilland in Ryan Murphy‘s “Feud: Bette and Joan.” Zeta-Jones didn’t earn any Emmy love for that project, but might she receive a nomination for “Cocaine Godmother”?

Zeta-Jones prevailed at the Oscars for Best Supporting Actress for “Chicago” (2002), while her Tony came for Best Actress in a Musical for “A Little Night Music” (2010). Should she win an Emmy, she’d join the esteemed triple crown of acting club that includes such legends as Maggie Smith, Jessica Lange and Al Pacino. It would also put her one step away from EGOT, needing only a Grammy to join that list.

Directed by Guillermo Navarro, “Cocaine Godmother” has been a passion project of Zeta-Jones’ for many years, finally coming to fruition January 20 on Lifetime. Now that it’s Emmy season, it’s impossible to drive through Hollywood without seeing FYC billboards and posters featuring Zeta-Jones’ intimate gaze. Our sister site Deadline noted the “layered character” of Griselda Blanco, while Life & Style wrote that “Catherine Zeta-Jones is a force to be reckoned with” in the program, and In Touch Weekly called her performance “riveting.”

This telefilm is just one of the many Lifetime movies up for Emmy consideration. Others include “Flint” starring Betsy Brandt, Marin Ireland, Jill Scott and Queen Latifah, “I Am Elizabeth Smart” featuting Alana Boden, Skeet Ulrich and Deirdre Lovejoy, and “Story of a Girl” with Ryann Shane, Kevin Bacon and Sosie Bacon.