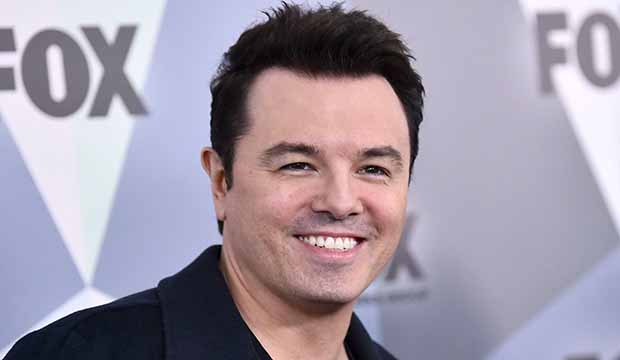 The Emmys just can’t seem to get enough of Seth MacFarlane. Not only is he nominated again for his voice-over work on “Family Guy,” but he’s nominated against himself for his role on “American Dad!” This all comes on the heels of collecting his fourth career Emmy when he won the Best Voice-Over Performance category for the second year in a row for “Family Guy.” Before that he had won a juried award for his voice-over work as Stewie Griffin in 2000. In 2002 he took home the Emmy for Best Music and Lyrics for the original song, “You’ve Got a Lot to See.” But to collect his fifth trophy, he’s going to have to beat back challenges from another of his co-stars, a multi-time Emmy winner and a under-recognized voice-over veteran. Below, let’s take a look at each of this year’s nominated performers and the work they’re being recognized for.

MacFarlane’s 21st nomination comes for the episode of “Family Guy” titled “Send in Stewie, Please,” the 12th episode of the show’s 16th season. The episode focuses entirely on Stewie as he is sent to his school’s psychologist (voiced by Sir Ian McKellen) for pushing another child down a flight of stairs. As Stewie makes small talk, the psychologist observes that Stewie has very strong opinions. Stewie begins to give his own analysis of the doctor, say8ing that he’s a very unhappy person. Stewie is forced to deal with the fact that he feels like an outcast and the great lengths he goes to stand out, including the reveal that Stewie’s British accent is just for show. Stewie considers dropping the façade but decides against it because he doesn’t want to be just like everyone else. The doctor begins to have heart trouble and begs Stewie to get him his heart medication, but Stewie refuses and lets the doctor die. Later that night, Stewie asks Brian to sleep in his bed with him and admits he did something bad that day. Unlike his previous submissions, this episode only shows MacFarlane’s talents as Stewie and Brian. Even with material that goes deep the limit of his range, along with his own competing nomination, could stand in the way of his fifth Emmy win.

MacFarlane’s 22nd nomination comes for the episode of “American Dad!” titled “The Talented Mr. Dingleberry” where he portrays Stan Smith and alien Roger Smith. When Steve wants to win the talent show, Roger gives him the idea of doing a ventriloquist act using Roger as the dummy. All seems to be going well until Roger starts sabotaging the other contestants through bodily harm. Steve realizes it’s due to the face paint that Roger is wearing and has to stop Roger before his actions go too far. Elsewhere in the Smith household, Stan gets the idea to start a local honey farming business when Francine experiences allergy trouble but Stan doesn’t want to pay money for her to see an allergist. Roger’s craziness would be nothing without MacFarlane’s portrayal which draws heavily from the infamous Paul Lynde and Roger gets some great moments of complete insanity as well as quick one-liners. The stuff with Stan is forgetful but it does go to show MacFarlane’s range, which helped him win the last two years for “Family Guy.” This could easily be a winning submission.

Fellow “Family Guy” performer Alex Borstein is also in competition this year for the third episode of the season, “Nanny Goats,” in which she voices Lois Griffin, Barbara Pewterschmidt and Natalia. Lois’ parents hire a nanny for the Griffins after Peter destroys the house. This allows Lois and Peter to spend time with each other again. It’s nice at first but a weekend getaway leads to both of them wearing on each other’s nerves so much that they decide to split up when they get back home. While this is happening, the Griffin’s new nanny, Natalia from Belarus, is doing very well but reveals that she used to be an assassin. While taking care of Stewie, she is cornered by several people seeking revenge against her. With Stewie in tow, she manages to kill most of her attackers in an epic fashion and escape on a plane. She puts a parachute on Stewie and tosses him back over his house. Borstein gets to show great range especially as the new character of Natalia. It’s her fourth career nomination after being nominated as a producer in Best Animated Program in 2008 and in this category in 2013. She’s also a contender for the Comedy Supporting Actress Emmy for “The Marvelous Mrs. Maisel” and that could play to her advantage in this race.

Dan Castellaneta returns for his fourth nomination in this category for “The Simpsons.” He has submitted “Fears of a Clown,” the 14th episode of the 29th season in which Castellaneta voices Homer Simpson, Krusty the Klown, Sideshow Mel and Groudskeeper Willy.. When a prank by Bart causes the town of Springfield to develop a gigantic fear of clowns, the town’s beloved entertainer, Krusty the Klown, suffers the harshest consequences. On the advice of Lisa, Krusty decides to become a serious actor and is cast in a knock-off production of “Death of a Salesman.” On opening night, Krusty accidentally causes the audience to laugh, leading him to the conclusion that he truly is a clown at heart and proceeds to do comic hi-jinks on stage. It’s a fun choice for Castellaneta, who is choosing to showcase a character other than Homer Simpson with his episode, though Homer does get some good moments. Castellaneta won this award in 2009 and also won the honor three times when it was a juried award without nominations (1992, 1993 and 2004).

Russi Taylor rounds out the category with her first career Emmy nod for “The Scariest Story Ever: A Mickey Mouse Halloween Spooktacular.” The longtime voice artist voices Huey, Dewey, Louie, Grandma, Minnie Mouse and the Witch. After a night of trick-or-treating, Mickey’s nephews, Morty and Ferdie, along with Huey, Dewey and Louie want to hear a scary story. Mickey tries twice but fails miserably in scaring the young ones. On his third attempt, Mickey tells the story of a bunch of boys who decide to steal a bunch of pies from Granny’s cottage but it’s revealed that Granny is actually a witch that bakes rotten boys into pies. The boys get terrified from the story and run up to their room. But a surprise visitor freaks out Mickey, sending him up to the room with the boys. The surprise visitor turns out to be Minnie Mouse and Daisy Duck in costume. With nearly 200 credits to her name, Taylor is a legend in the voice-over industry. She’s been doing the voice of Minnie Mouse since the mid-1980s but is also known for voicing whimsical nerd, Martin Prince, on “The Simpsons.” She also gets great range especially in her scenes as both Grandma and The Witch where she goes delightfully over the top. This is one that could definitely pull off the upset.