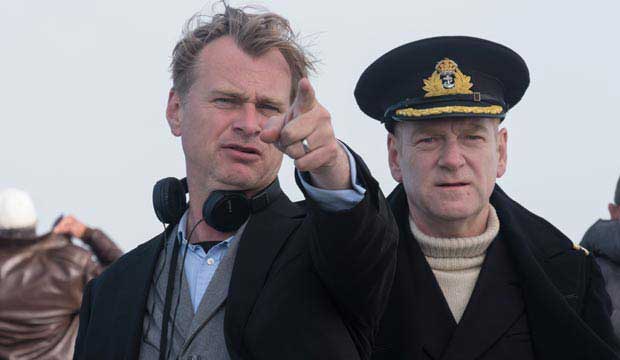 Christopher Nolan’s WWII epic “Dunkirk” was touted as the Best Picture favorite at the beginning of this awards season. This was to be the year that the master director finally got his just rewards from the academy after making a string of hits (seriously, has he made a bad film?) but failing to win any Oscars. He lost his two Best Original Screenplay Oscar bids [“Memento” (2001) and “Inception” (2011)] and also contended unsuccessfully as a producer of the latter. And he was inexcusably snubbed for “The Dark Knight.”

While “Dunkirk” did reap eight Oscar nominations, including a pair for Nolan as producer and director, it should have done better. While it contends in six below-the-line races — Cinematography, Film Editing, Original Score, Production Design, Sound Editing and Sound Mixing — it missed out on a screenplay nomination.

And the cast, led by two Sirs – Kenneth Branagh and Mark Rylance — was snubbed. Perhaps the film was hurt by the fact that is very much an all-boys affair. There are no featured actresses in the film. The three front-runners for Best Pictures — “Lady Bird,” “Three Billboards Outside Ebbing, Missouri” and “The Shape of Water” — all focus on female characters.

It is unusual that such a rich cast who deliver stellar performances should have been shut out of all the precursor prizes too. Rylance won Best Supporting Actor just two years ago for “Bridge of Spies” edging out, among others, Tom Hardy (“The Revenant”) who is also featured in “Dunkirk.” And Branagh has contended in a staggering five Oscar categories.

Likewise, the Writers Guild of America did not nominate Nolan. He won with them in 2011 for his original screenplay for “Inception” and was nominated for “The Dark Knight” in 2009.

That “Dunkirk” did not have any support from actors and writers is a blow to its Best Picture bid. A film needs to show support across all areas of film making to be a strong contender for the top Academy Award.