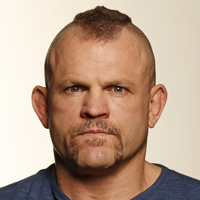 UFC mixed martial artist Chuck Liddell was the first houseguest evicted from “Celebrity Big Brother” on Friday, February 9. When pressed by host Julie Chen to explain what caused his early exit, the likable fighter seemed confused. “I’m not sure what happened, exactly. I guess I’m not as good at the social game as James [Maslow] is.”

Chuck was evicted by a vote of 7-1 after Shannon Elizabeth and Ross Matthews successfully flipped the house against the reigning Head of Household Keshia Knight Pullium and her closest ally, Omarosa. Although it appeared to be a blindside, Chuck had already sensed he may be walking out the door, stating “I think [the vote] switched last night.”

When asked if it was a mistake to open his swag bag in an attempt to win the Recast power, Chuck had no regrets. “I thought we needed to change the numbers if I had a shot at winning.” Unfortunately, luck was not on his side. Now Chuck will become juror number one. Unlike regular seasons of “Big Brother,” the jury will be allowed to watch the rest of the season from home, giving them a broader perspective of the overall game play. His pick to win it all? “Shannon has a good shot. She’s mentally tough and smart. And James has got a shot.”

Before leaving the stage, Chuck admitted he was not cut out for “Big Brother” but does think he is perfect for another reality TV series on CBS. “I really want to be on ‘The Amazing Race’ with my wife.”

'Celebrity Big Brother 2' spoilers: The houseguests are torn over who to evict after that lame Veto…