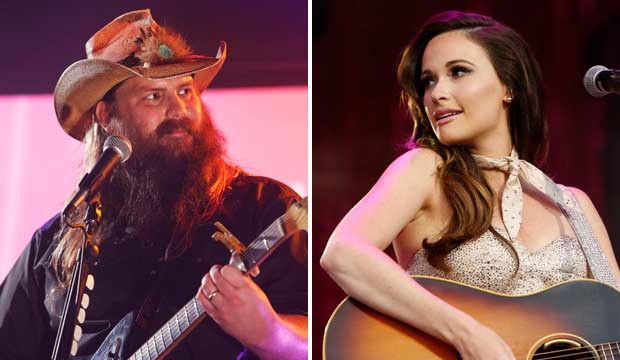 Chris Stapleton is two-for-two in the race for Album of the Year at the Country Music Association Awards. He won in 2015 for his solo debut “Traveller,” and he won again in 2017 for “From A Room: Volume 1.” He’s nominated again in 2018 for the followup album, “From A Room: Volume 2,” and given Stapleton’s track record in the last three years it’s no wonder he’s the odds-on favorite to win. But can he hold off Kacey Musgraves?

Stapleton is the top nominee at this year’s CMAs with five bids including Entertainer of the Year. And he’s already a seven-time winner at these kudos. So it’s not all that surprising that he’s ahead in our Album of the Year predictions with leading odds of 11/2. That includes overwhelming support from 20 of our Top 24 Users who got the highest scores predicting last year’s CMAs and 19 of our All-Star Top 24 who got the highest scores when you combine the last two years’ CMA results.

Musgraves doesn’t have as strong a track record as Stapleton. Thus far she has only won two CMAs: New Artist of the Year (2013) and Song of the Year for “Follow Your Arrow” (2014). She has two past nominations for Album of the Year — “Same Trailer Different Park” (2013) and “Pageant Material” (2015) — but she has yet to win that title. However, her latest album, “Golden Hour,” is her most critically acclaimed yet. It’s arguably the best reviewed country album of the year, and one of the best reviewed albums of any genre this year.

As of this writing Musgraves is close behind Stapleton with 6/1 odds, backed by 4 of our Top 24 and 5 of our All-Stars. It looks like this will strictly be a two-person race as none of our top users are betting on the remaining nominees: Keith Urban (“Graffiti U”), Thomas Rhett (“Life Changes”) and Dierks Bentley (“The Mountain”). Do you agree with our odds that Stapleton will go three-for-three, or will Musgraves finally get her due?