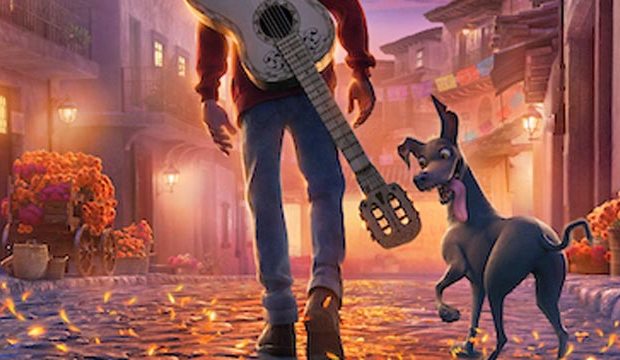 The Oscars have been around for a whopping 90 years now, and in that time only three animated films have been nominated for Best Picture: “Beauty and the Beast” (1991), “Up” (2009) and “Toy Story 3” (2010). That means such beloved movies as “The Lion King” (1994), “The Iron Giant” (1999) and “Spirited Away” (2001) were all snubbed for the coveted Best Picture prize. Now that the 2018 Oscar nominations have been announced, we can add another unfortunate soul to that list: Disney-Pixar’s “Coco.” Why do the Oscars hate animated films so much?

Okay, “hate” might be a strong word. But “obvious distaste” is certainly appropriate. Animated movies are rarely considered by Oscar voters to be worthy of the title of Best Picture, despite these films being huge money-makers for Hollywood. In fact, based on 2017 domestic box office tallies, “Despicable Me 3,” “Coco,” “The LEGO Batman Movie,” “The Boss Baby” and “Cars 3” all numbered among the 20 highest-grossing films of the year.

“Coco” did receive two Oscar nominations on Tuesday morning, as Gold Derby predicted. It contends for both Best Animated Feature and Best Song for “Remember Me,” written by Kristen Anderson-Lopez and EGOT winner Robert Lopez. But it deserved more.

A bonafide blockbuster, “Coco” earned $200 million at the U.S. box office and was one of best-reviewed films of the year, with a 97% score at Rotten Tomatoes. “Coco” also swept the Annie nominations with a leading 13 bids and won Best Animated Feature honors at the National Board of Review and the New York Film Critics Circle.

We know what you’re thinking. These films already have their own Best Animated Feature category, so who cares if they’re included in the Best Picture lineup? Trust me: people care. Remember that iconic moment from the morning of February 19, 1992 when “Beauty and the Beast” was nominated for Best Picture? (Watch below.) Journalists and publicists in the room shouted for joy, hardly able to contain their excitement. While “Up” and “Toy Story 3” were nominated in the two years when there was a mandatory of 10 Best Picture contenders, “Beauty and the Beast” got in back when there were only five nominees, which made that moment even more special.

“Coco” tells the story of Miguel (Anthony Gonzalez), a young boy who’s forbidden to play music by his family. After trying to steal the guitar of late Mexican musician Ernesto de la Cruz (Benjamin Bratt), Miguel is transported to the Land of the Dead where he meets Hector (Gael Garcia Bernal), a skeleton who has secrets of his own. If “Coco” prevails on Oscar night, it will be Pixar’s ninth winner overall.