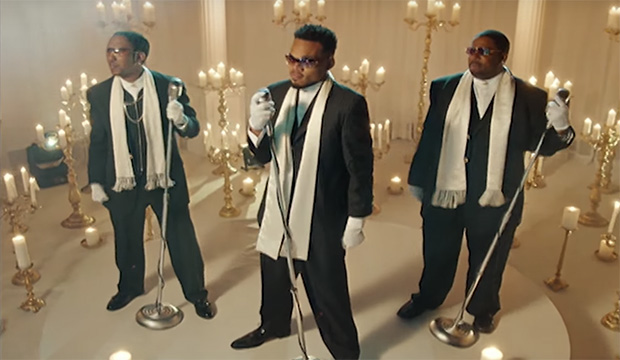 “Saturday Night Live” officially has the most wins in Emmy history for Outstanding Original Music and Lyrics. At Sunday’s 2018 Creative Arts, the 43-year series just won its third Emmy in the category, for the song “Come Back Barack” written by Eli Brueggemann, Chris Redd, Will Stephen and Kenan Thompson. (Watch our fun interview with Thompson.) By claiming gold, “Come Back Barack” essentially stopped Benj Pasek and Justin Paul from earning an EGOT (Emmy, Grammy, Oscar, Tony) this time around.

“Come Back Barack” from “Saturday Night Live” was predicted to win this category by most Gold Derby users, having 1/5 odds. The song is an ode to old R&B groups of the ‘80s and ‘90s, with Redd, Thompson and Chance the Rapper wistfully pleading for Barack Obama to return to the White House and replace the current administration. Bruegemann and Stephen had five previous Emmy nominations each. This was Redd’s first Emmy nomination, while Thompson was nominated in this category last year and has an additional nomination this year for acting in “SNL.”

The other nominees in this category were “Totally Gay” from “Big Mouth,” “In the Market for a Miracle” from “A Christmas Story Live,” “Just Getting Started from “If You’re Not in the Obit, Eat Breakfast,” “The Buddy Song” from “Steve Martin & Martin Short: An Evening You Will Forget for the Rest of Your Life” and “High Crimes and Misdemeanors” from “The Good Fight.”

The songwriting duo of Pasek and Paul were nominated in this category for writing the song “In the Market for a Miracle” for “A Christmas Story Live,” an adaptation of the stage musical they wrote in 2012. A win here would have made them EGOT winners. Pasek and Paul won an Oscar in 2016 for writing the original song “City of Stars” for “La La Land,” a Tony in 2017 for writing the score to “Dear Evan Hansen” and a Grammy earlier this year for the musical’s cast recording. The song “In the Market for a Miracle” is a Hannukah-themed song primarily performed by Ana Gasteyer in the live musical. The song was 20/1 in Gold Derby odds.

“Big Mouth” earned its only Emmy nomination this year for the song “Totally Gay.” The cue features Queen’s late lead singer Freddie Mercury helping introduce Andrew, who is questioning his sexuality, to the fabulous world outside the closet. First-time nominee Mark Rivers wrote the song’s music and lyrics. The song was no. 2 in Gold Derby odds heading into the ceremony, at 16/1.

“Just Getting Started” from “If You’re Not in the Obit, Eat Breakfast” was fourth in our predictions, at 28/1 odds. The song, a jazzy standard that pays tribute to the longevity of some of Hollywood’s most legendary actors, was written by Alan Bergman, Marilyn Bergman, and Dave Grusin. The Bergmans have won this category three times in the past.

Placing fifth in our odds was “The Buddy Song” from “Steve Martin & Martin Short: An Evening You Will Forget for the Rest of Your Life.” Steve Martin wrote the song and performs it while playing banjo alongside Martin Short in the special. The song humorously plays with the concept of Martin writing the song to highlight his own genius, to Short’s annoyance. Martin has 10 Emmy nominations and won once, for writing “The Smother Brothers Comedy Hour” in 1969.

“High Crimes and Misdemeanors” from “The Good Fight” was last in Gold Derby odds at 66/1. The witty educational song took inspiration from “Schoolhouse Rock” and was written by Jonathan Coulton. It is featured at the end of the episode “Day 450” and details the impeachment process, with particular focus on Donald Trump.