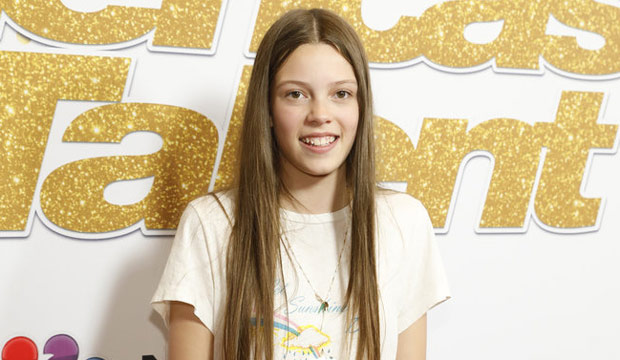 It has been three weeks since Courtney Hadwin stole the show on the first live quarterfinal of “America’s Got Talent.” On the August 14 episode of “AGT,” the English schoolgirl rocked the house with the James Brown classic “Papa’s Got a Brand New Bag.” No surprise that she was one of the top vote-getters of the dozen acts and easily made it through to the semifinals, which start on September 4.

But Hadwin is not part of the line-up of 11 acts set to take to the stage on Tuesday’s live show.  So, when will we see her sing again in this competition to win a million dollars and a chance to headline a Las Vegas show? Read ahead for spoilers.

Turns out we’ll have to wait until the second of the two semifinals on September 11 to hear Hadwin perform once more. While this is disappointing, “AGT” producers have actually done her a favor. She is one of six Golden Buzzer acts still in the competition but the other five are in the set list for the first semifinal.

These acts were singled out by a regular judge, guest judge or host Tyra Banks for special treatment during their audition or at judge cuts. They were sent straight through to the live shows. The ultimate winner of season 13 of “AGT” is likely to be found among them. By not having to compete with any of these favorites for votes, Hadwin is all but certain to make the cut next week and win a slot in the two-night final that kicks off on Sept. 18.

On the last night, the top five will be revealed before a countdown to the ultimate winner. Besides bragging rights, the champion act gets $1 million and a a chance to headline at Planet Hollywood Resort & Casino in Las Vegas.