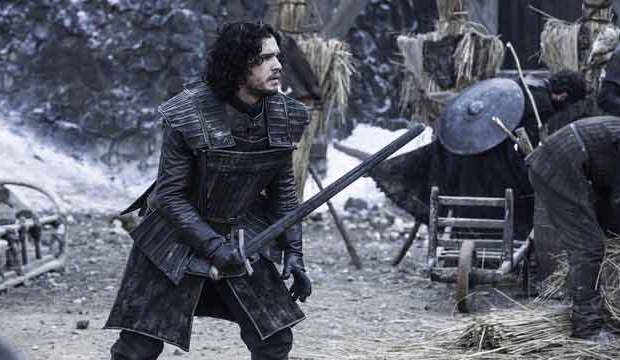 The Critics’ Choice TV Awards have been around for less than a decade, but in that time they’ve anointed some of the best shows of all time as Best Drama Series. Bestowed annually by the Broadcast Television Critics Association, some of the notable winners include reigning champ “Game of Thrones,” underrated darling “The Americans” and first-time victor “Mad Men.” Scroll down to see all the Best Drama Series winners throughout Critics’ Choice TV Awards history.

But first, here’s the current list of nominees, in order of their Gold Derby racetrack odds: “The Handmaid’s Tale,” “Game of Thrones,” “Stranger Things,” “The Crown,” “This Is Us” and “American Gods.” As our editor Joyce Eng writes, “There’s no stopping Offred & Co. Following Emmy and Golden Globe wins, ‘The Handmaid’s Tale’ will continue its win streak with a Best Drama Series triumph at Thursday’s Critics’ Choice Awards.”

What do YOU think: Will the BTCA match up with the Emmys, or will they go their own way? Hurry and make your Critics’ Choice TV predictions right now.

2016 — “Game of Thrones” became the second repeat champ in Critics’ Choice history when it claimed victory for its sixth season. The other contenders were “Better Call Saul,” “The Crown,” “Mr. Robot,” “Stranger Things,” “This Is Us” and “Westworld.” The Emmys also went with “Game of Thrones” this year for the second time in a row.

2015, Part 2 — The TV awards merged with the film awards this year, and so a special six-month eligibility period was created especially for this ceremony. The winner ended up being “Mr. Robot,” which took down “Empire,” “The Knick,” “The Leftovers,” “Penny Dreadful,” “Rectify” and “UnREAL.”

2015, Part 1 — Six months earlier, FX’s “The Americans” claimed victory against “Empire,” “Game of Thrones,” “The Good Wife,” “Homeland,” “Justified” and “Orange Is the New Black.” This was the first time the critics went their own way in the drama category as they tried to distinguish themselves from the Emmys.

2014 — “Breaking Bad,” for its landmark final season, became the first Critics’ Choice champ to repeat in this category when it took down “The Americans,” “Game of Thrones,” “The Good Wife,” “Masters of Sex” and “True Detective.” For the fourth year in a row, the Emmys ended up matching the critics’ top choice.

2013 — In a rare tie, AMC’s “Breaking Bad” and HBO’s “Game of Thrones” were both named the winner of Best Drama Series at the Critics’ Choice Awards. The other nominees were “The Americans,” “Downton Abbey,” “The Good Wife” and “Homeland.” The Emmy champ that year was “Breaking Bad.”

2011 — During the inaugural ceremony, AMC’s “Mad Men” triumphed against nine competitors: “Boardwalk Empire,” “Dexter,” “Friday Night Lights,” “Fringe,” “Game of Thrones,” “The Good Wife,” “Justified,” “The Killing” and “The Walking Dead.” This was the fourth season of “Mad Men,” which also took home the Emmy Award for Best Drama Series for the fourth consecutive time.

PREDICT the Critics’ Choice winners now; change them until January 11