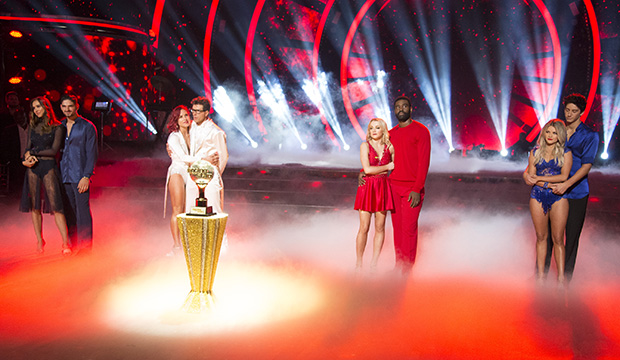 “Dancing with the Stars” is broken. Or at least this ain’t the show it used to be. Bobby Bones‘ victory on Monday, following a season of more flossing than dancing, has many fans writing the long-running show’s obituary. “Dancing” isn’t officially dead, though it probably won’t return again until next fall, but after a season of one good dancer after the next falling to subpar hoofers, and a subpar hoofer winning, it feels like it’s teetering on the edge.

Now, let’s be clear: Bones didn’t steal that Mirrorball from anyone. The series has always been part dance show and part popularity contest. But in the past, even if a bad dancer made it far, voting always “corrected” itself by the finale and a performer with some talent won a show that is ostensibly about learning to dance. Bones will freely admit himself that he’s not the best dancer — that’s been his motto this whole time. Still, he won it fair and square based on the show’s rules, but it’s time to tweak some of them. Here are six ways to fix “Dancing with the Stars.”

1. Make judges’ scores account for more
The judges’ scores and viewers’ votes make up 50-50 of the contestants’ totals. This was fine at the height of the show’s popularity when there were a ton of viewers, ergo a ton of viewers voting as well. But with significantly lower viewership now — the show averaged 7 million this season — that means fewer general viewers voting, giving more control to large fan bases, like Bones’ and Joe “Grocery Store Joe” Amabile‘s. Time for a 75-25 split in favor of the judges’ scores to offset rabid voting blocs. Besides, the first two seasons used an ordinal scoring system and Season 3’s was based on percentages, so it’s not like they haven’t changed it up before.

2. Do preferential voting
“Dancing” should take a page out of the Oscars’ playbook and introduce preferential voting. This would take up more time and thought during voting, and would be more complicated on the phone, but this would build consensus and blunt the power of a giant fan base. Fans would rank their picks every week, so in a field of 10, 10 votes would go to their top pick, nine votes to their second pick, eight to their third pick, and so on. Divisive people like Grocery Store Joe and Bones would get a lot of No. 1 votes, but they would also be bottom-dwellers on a lot of other people’s lists. Good performers like Tinashe and Juan Pablo Di Pace would be able to pull enough second and third place votes to stick around.

3. Have an actual bottom two
A lot of fans think being “in jeopardy” means those two couples are the bottom two, which is not true; the producers stick a second couple in there who may or may not be second from the bottom for various agendas (they want to promote this couple this week, etc). But they should dispense with that and just reveal the reveal bottom two. There are two ways they could go about this: 1) Reveal the bottom two based on scores and votes combined. This way if a couple is repeatedly in there or someone is notably never in there, viewers will have a better sense of who is or isn’t doing so hot in votes. 2) The bottom two is automatically the two lowest scorers that night. Then the elimination is determined by adding in the votes. This way the bottom two is based on the couples’ performances, but viewers still have the final say, so to speak, in who leaves.

4. Have a dance-off
“Dancing” has done this before, though it’s much easier to have dance-offs with a results show. But the bottom two couples could duke it out one last time for extra points and live votes, whether cast online or on Twitter or in the studio audience. If a fantastic dancer like Di Pace still doesn’t survive, well then the viewers just weren’t there for him.

5. Do a Judges’ Save
There would only be one a season, so the judges would have to think carefully about when to use it. Though given this trio’s proclivity for dramatics and hyperbole, they’d probably use it the first chance they get to undo a “shocking” elimination, which would’ve been Tinashe this season.

6. Go to once a year, but resurrect the results show at 30 minutes
The results shows were often mind-numbingly long, but they allowed “Dancing” to tabulate votes for that week’s dances. Since the death of the results show, starting in Season 17, scores from each performance night are combined with votes from the previous week, which means the results are never truly reflective of what occurred on the hardwood and how fans feel that night. You’re only as good as your last dance, but votes aren’t based on your last dance in this system. “Dancing” probably won’t be back in the spring because of “American Idol,” so just take a break and come back in the fall with a 30-minute results show. ABC could even move the show to Sundays and Mondays, since it has “Dancing with the Stars: Juniors” holding down Sundays this fall.