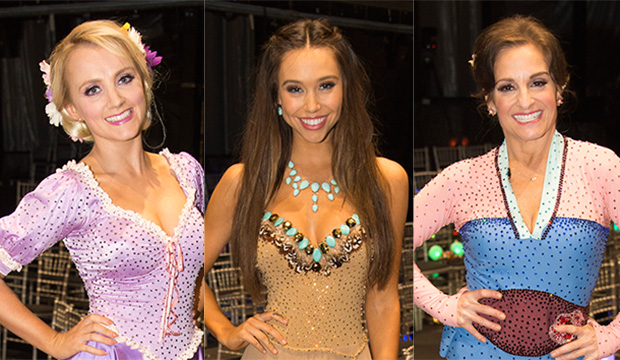 There’s a very good chance the “Dancing with the Stars” final three will be all guys, but if one woman can break up the boys’ club, it will be Alexis Ren, according to our readers.

In a recent poll, the Sports Illustrated model nabbed 51 percent of the vote over Evanna Lynch and Mary Lou Retton. On paper, Ren has the best credentials of the remaining three ladies: the highest individual score (29) and the highest average score (24.7). She also got two producer-driven boosts last week: She got put in jeopardy to scare people into voting and the show is working a showmance narrative with her and Alan Bersten. They are playing coy, which means they are playing along.

SEE You’ve got male: The ‘Dancing with the Stars’ final 3 will be all dudes, readers say

Lynch was on Ren’s heels with 44 percent of the vote. The actress has averaged a 23.5 so far and has been super consistent in her performances. She also arguably has the best voting base between Ren and Retton, thanks to “Harry Potter.” Lynch is currently our predicted winner, while Ren is in fifth and Retton is in eighth.

Retton, meanwhile, only received 5 percent. While the Olympic champ is put in some solid performances — her average score is a 23 — she unfortunately tends to get lost in the mix of bigger personalities, performances and storylines. She hasn’t had a standout dance yet to make her, well, stand out, so with the numbers dwindling, she could be the next female casualty.

The good news for all three women is that the first night of the final will feature five couples, so perhaps more than one of them can call themselves a “finalist.”